Andrae Alexander is a GRAMMY Award-winning (Album of the Year 2022 – Jon Batiste) composer, musician and professor who moved to Los Angeles in 2009 from Maryland. He is also a veteran of the United States Marine Corps and the United States Navy Band of Washington, D.C., which is a Presidential Support Unit. He is also an Amazon best-selling author of the book “Build Your Music Career from Scratch,” which is in its second edition, and he has multiple Billboard #1s. An internationally traveled musician and clinician on the subjects of music business, music for film and television and music production, Alexander has been to over 40 countries.

As a musician, composer and consultant, Alexander has worked on projects such as “Empire,” the movie “Detroit” and “The Birth of a Nation” soundtrack. Some of the artists he has worked with include Jon Batiste, NeYo, BlackBear, George Drakoulias, Swae Lee, Mellissa Ethridge, Allee Willis, Meek Mills, Pusha-T, Kanye West, Jesse J., Rodney Jerkins, Lamont Dozier, No I.D. and more. Before teaching at USC, Alexander taught courses on music business, music production for media, and music composition and programming at the Los Angeles Film School in Hollywood.

Being a proponent of philanthropy, Alexander has worked with non-profits to use music as a tool for social rehabilitation in the unhoused community and to teach underserved, grade-school children where music has been removed from their schools’ curriculum. AGC, under the direction of Wendy Raquel Robinson, and Urban Possibilities, under the direction of Eyvette Jones-Johnson, are the two non-profits that he currently serves.

To the academic setting, Alexander brings real-world experience. He holds a bachelor of arts degree in music and a master of arts degree in music industry administration, and he is in the process of completing a doctoral degree. Alexander is currently a voting member of the Recording Academy, a Songwriters Hall of Fame voting member, a Songwriters of North America board member, a board member of the Los Angeles Jazz Society and a faculty member of the USC Thornton School of Music in the music industry program. 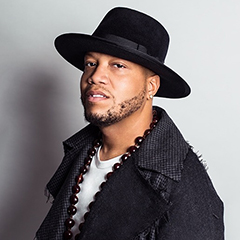