USC Thornton alumni Arnold Geis (MM, ’14) and Courtney Taylor (GCRT, ’13) performed with the Los Angeles Opera Chorus in the LA Opera’s production of Wagner’s “Der Fliegende Holländer” in 2013. Geis, a tenor, is a member of the Los Angeles Master Chorale at the Walt Disney Concert Hall. He has been featured in box-office hits such as Teenage Mutant Ninja Turtles, Dawn of the Planet of the Apes, Maze Runner, Godzilla, and After Earth. 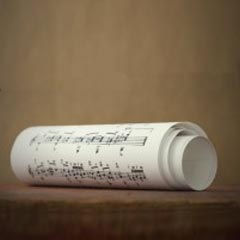