A national and international touring musician, composer, poet, visual artist, and curator, Camae Ayewa (Dennis) focuses on the recovery and preservation of communal memories and histories that are often missing from mainstream narratives. Ayewa’s music is a statement for the future, as well as a way to honor the present and its historic connections to a multitude of past realities. Her work uses Afrofuturism as a narrative tool, recognizing its ability to empower marginalized Black and Indigeous people, and acting as an agitator in shaping Afrodiasporan past and future narratives.  The Fader has called her music “rooted in history, of the moment, and prescient all at once.”

As a solo artist, Ayewa lives outside of genre with experience with fringe and avant-garde sonic landscapes such as industrial, electronic, noise, punk and hip hop. Ayewa has released three solo albums as Moor Mother: the critically acclaimed Fetish Bones (2016), Analog Fluids of Sonic Black Holes (2019), and the free jazz musical Circuit City (2020), all on Don Giovanni Records.  In 2017 Moor Mother was commissioned by CTM Festival to create a limited vinyl record, The Motionless Present, which was released by the Vinyl Factory. Ayewa has released fourteen albums since 2016, as well as remixes for The Avalanches, Ghanji Sufi, King Britt and others. Ayewa has toured internationally as Moor Mother, performing in Brazil, Australia, Japan, as well as at Berghain, The Kennedy Center, Glastonbury, MoogFest, and Carnegie Hall Pittsburgh. Recent festival performances include Borealis, Berlin Jazz Festival, Le Guess Who?, Unsound Festival, Flow Festival, Rewire, and Donaufestival.  As a solo durational performance artist, Ayewa has been commissioned by Moog Festival, Vox Populi Gallery, and the Icebox Gallery. Ayewa’s visual and soundscape work has been featured in the Guggenheim, ICA London, and The Kitchen NYC. Ayewa has also written and released two books of poetry: Fetish Bones (2016) and Analog Fluids (2019).

Active as a soundscape artist composing found sound field sounds and archival sound collage in order to create sonic maps, Ayewa recently composed soundscapes as part of Simone Leigh Loophole Retreat at the Guggenheim, and composed for The Broad Museum in response to Kara Walker’s drawings. Ayewa also debuted three major performances in recent years: The Great Bailout,  a fifty minute poem about the Bailouts from slavery in England, commissioned by Tusk Festival and featuring members of the London Contemporary Orchestra; Circuit City, a futurist musical statement on public and private housing, commissioned by FringeArts Philadelphia and featuring Irreversible Entanglements and Elon Battle; and Red Summer,  a four-hour memorial tribute commissioned by Red Bull Arts and featuring over 20 musicians curated by Ayewa. Ayewa wore many hats in those productions, from producer, curator, and composer, to set and stage designer.

Ayewa is also a vocalist and musician in three collaborative performance groups: free jazz group Irreversible Entanglements, post-punk duo Moor Jewelry, and club/noise duo 700Bliss. Ayewa has also released numerous collaborative albums, including four in 2020 with YATTA, billy woods, Nicole Mitchell and Olof Melander. In 2019, Ayewa toured with the group Zonal (Kevin Martin, Justin Broderick), and collaborated on their album Wrecked. After touring with The Art Ensemble of Chicago, Ayewa was featured on We Are on the Edge, their 50th anniversary album. Ayewa has toured with Roscoe Mitchell as a duo, presenting a poem called “The Black Drop.”

Ayewa is a co-founder of Black Quantum Futurism theory and practice. Black Quantum Futurism which aims to uplift the intersections of experiences that are too often missing from mainstream narratives of race, gender, class, and representation. Through the theory and lens of Black Quantum Futurism she works as a community anthropologist, uncovering hidden histories and nurturing space for building futures by sharing multigenerational stories as sonic remembrance and chronicle. As a member of Black Quantum Futurism Collective with Rasheedah Phillips, she has been a part of several literary works, including experimental sound works, and has presented, exhibited and performed at The Serpentine Galleries in London; Philadelphia Museum of Art; Chicago Architecture Biennial, Institute of Contemporary Art London, Le Gaite Lyrique, Paris; among others.

Ayewa has curated events such as Wysing Festival (2018), Le Guess Who? Festival (2018), as well as the Afrofuturist Affair Charity and Costume Ball (2013-2016). She founded Rockers, a monthly show and festival based in Philadelphia that showcases marginalized artists, and has curated it for over a decade. She has presented workshops and talks at Cornell University, MOFO Festival, Moogfest, Black Dot Gallery, University of Pittsburgh, Harvard University, and the Met.

In 2020-21 she was a visiting artist at the Clive School of Music, The Art Institute of Chicago and Bard University.  She has facilitated workshops at Transmedial Festival, Red Bull Arts New York, Black Digital Lab at USC, BAK Gallery and more. 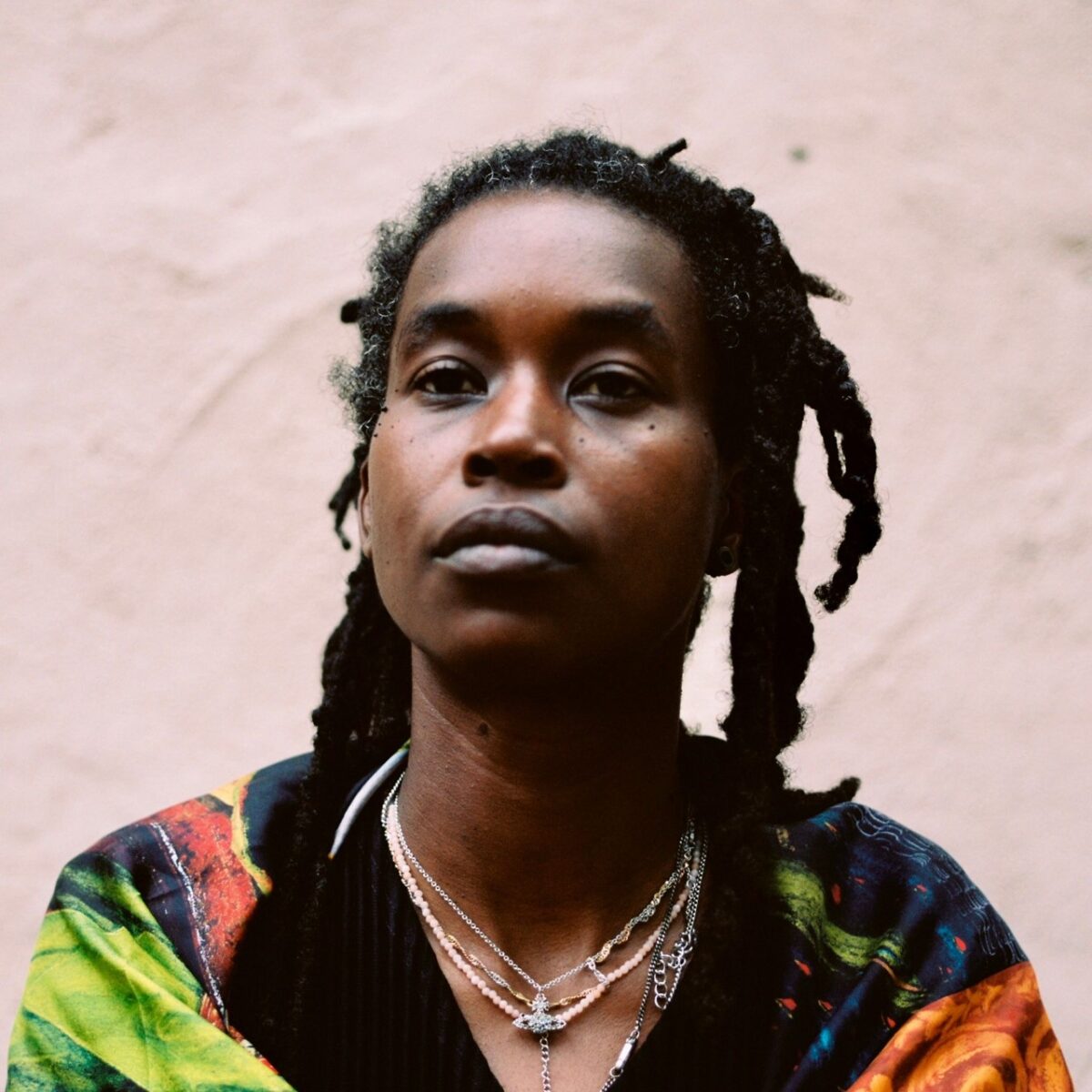