Winds and Percussion News from the 2017-2018 Academic Year 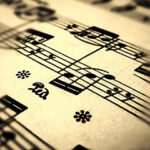 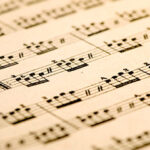 USC Thornton alumnus, Staff Sergeant J.G. Miller (DMA ’13, Horn), was recently invited to compose a new march for the U.S. Cyber Command, which was premiered on May 4th by the United States Army Field Band in a ceremony at Fort Meade, Maryland. The march can be here in this video at 58:00. Miller is… END_OF_DOCUMENT_TOKEN_TO_BE_REPLACED 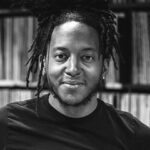 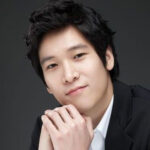 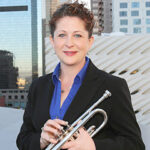 Trumpet player and USC Thornton faculty member Jennifer Marotta was recently featured as a guest on The Other Side of the Bell, a trumpet-focused podcast produced by Bob Reeves Brass of Valencia. Marotta spoke extensively about her history with the instrument, her performance career, and professional affiliations. Marotta and her husband, faculty member Thomas Hooten,… END_OF_DOCUMENT_TOKEN_TO_BE_REPLACED 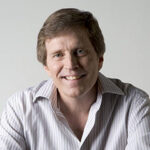 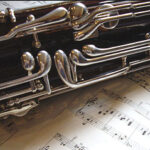 Bassoonist and USC Thornton graduate student Yoon Joo Hwang was recently appointed Assistant Professor (Tenure Track) at the University of Central Florida, where she will begin teaching in the fall. 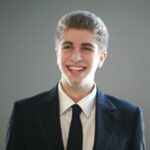 Clarinetist Eric Abramovitz, a graduate student of USC Thornton Winds & Percussion faculty member Yehuda Gilad, was recently named associate principal/Eb clarinetist of the Toronto Symphony Orchestra. This new appointment comes less than a year after he won a position with the Nashville Symphony Orchestra and took 1st prize for Classical Clarinet at the 2017… END_OF_DOCUMENT_TOKEN_TO_BE_REPLACED 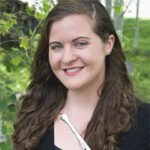 USC Thornton Winds & Percussion alumna Anna Lenhart (MM ’17) recently won the position of principal horn with the Hawaii Symphony. During her studies at USC, Lenhart was a member of the Scholarship Woodwind Quintet and also participated in the Music Academy of the West Orchestra, the New York Symphonic Ensemble, the Debut Orchestra, the… END_OF_DOCUMENT_TOKEN_TO_BE_REPLACED 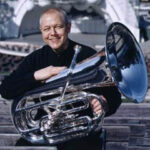 Jim Self artist in residence at Knoxville

Tuba player and USC Thornton faculty member Jim Self is currently serving as Artist in Residence at the University of Tennessee–Knoxville, where he taught from 1969-75. In addition to serving as principal tuba with the Pacific and Pasadena Symphonies, as well as the Hollywood Bowl Orchestra and L.A. Opera Orchestra, Self has notably performed on… END_OF_DOCUMENT_TOKEN_TO_BE_REPLACED