Mezzo-soprano Cynthia Munzer has sung over 20 roles in 223 performances with the Metropolitan Opera, in New York at Lincoln Center and on tour in the United States and Japan. Audiences across America have known her through Metropolitan Opera Saturday broadcasts and over 20 Met Opera broadcast recordings with Pavarotti, Milnes, Domingo, Sutherland, Caballé, Kraus, Corelli, Birgit Nillson and Scotto. Munzer has garnered rave reviews as a leading guest artist with over 90 opera companies and major symphony orchestras. L’Opéra de Montréal and the New York City, Dallas, Houston Grand, Florentine and Washington operas have presented Munzer in diverse leading roles such as Carmen, Amneris, Dame Quickly and Octavian. She has been a guest soloist with the Philadelphia and Minnesota orchestras, the Los Angeles and Hong Kong philharmonics and the San Francisco, National and American symphonies.

Born in West Virginia and raised in Kansas, Munzer has been on the vocal arts faculty at the USC Thornton School of Music since 1995 and is deeply committed to creative teaching and mentoring. Her students are winners of such national and international competitions as the Metropolitan Opera National Council, Berlin Opera, Prague Dvorak and International Liszt competitions. They have appeared in young artist programs of The Santa Fe Opera, Virginia Opera and Chautauqua Opera and have made leading role debuts at the New York City Opera and Deutsche Oper Berlin.

Munzer is increasingly sought after for her masterclass presentations in the United States as well as in China, Taiwan, Croatia, British Columbia, Mexico, Austria and Italy. The Metropolitan Opera National Council Masterclasses throughout the U.S., the Met Opera Guild in New York City, the Schubert Club Song Festival in Minnesota, Celebrity Masterclasses-Classical Singer Convention NYC, Tuscia Opera Festival in Italy and over a dozen major universities join the growing number of presenters. She is also the artistic director of Musiktheater Bavaria, a summer opera and music theater institute in Oberaudorf, Germany. 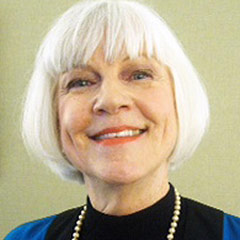