Scott Rieker, a DMA candidate in the USC Thornton Choral & Sacred Music program, was recently named Artistic Director of the Torrance Civic Chorale. The fourth Artistic Director in the ensemble’s 56-year history, Rieker looks forward to “finding new levels of artistic, beautiful, healthy singing that will appeal to the wonderfully diverse population of the South Bay.”

Rieker will lead the Torrance Civic Chorale in its final concert of the season on Saturday, April 22, at the James Armstrong Theater. The program, “Broadway In Concert,” will feature wide-ranging music from more than 70 shows.

At Thornton, Rieker is a co-conductor of the Apollo Men’s Chorus. He is also the Choir Director at Emerson Unitarian Universalist Church in Canoga Park, as well as the Music Ministry Intern at the USC Caruso Catholic Center. 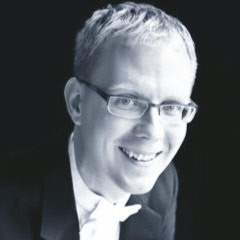