Eight-time Grammy and 2018 Emmy winner (including Latin Grammy “Producer of the Year”) Gregg Field is one of the most musically diverse and highly sought-after producers, musicians and educators in music.

Starting at age 19, Field toured with, among others, Count Basie, Ella Fitzgerald and Frank Sinatra, and he can be heard on Sinatra’s historic, multi-platinum Duets and Duets II recordings.

Field has also performed with major symphonies worldwide, including in London, New York, Los Angeles, Chicago, Boston, Nashville and Pittsburgh as well as the National Symphony in Washington, D.C., and he has been invited by Presidents Obama and Bush to perform at the White House. Field, along with Norman Lear and Harold Gaba, were co-owners of Concord Music Group from 1998 to 2013.

In 2017 Field received a Grammy for producing the “Bluegrass Album of the Year” and Billboard No. 1 album Coming Home by the O’Connor Band. He also produced the 2015 Grammy winning recording Life in the Bubble for Gordon Goodwin’s Big Phat Band.

Among his recent recordings are: Jonathan Antoine’s Going the Distance; Seal’s Standards; Ella 100: Live at the Apollo; and Arturo Sandoval’s Ultimate Duets, featuring Pharrell, Ariana Grande, Stevie Wonder and Placido Domingo, among others.

In 2019 Field produced PBS’ Gershwin Prize for Popular Song, honoring Gloria and Emilio Estefan / PBS TV Special, and he has been a regular music producer-director for the “In Performance at the White House” series for PBS. Field is also a regular producer for the Los Angeles Philharmonic-Hollywood Bowl summer series.

Field is also an author and Vanity Fair magazine contributor.

Currently he serves as chairman of the Board of Councilors at the USC Thornton School of Music, on the Library of Congress–“Gershwin Prize” Advisory Board, as board member of the University of Miami Frost School of Music, and as a governor for The Recording Academy.

In 2019 Field delivered the commencement address for the USC Thornton School of Music.

The Bay Area native lives in Los Angeles and is married to singer Monica Mancini. 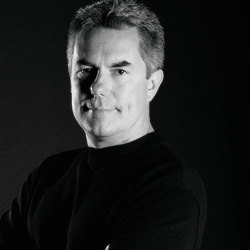