Henry Solomon performs with HAIM at the Hollywood Bowl

Saxophonist, composer, producer and USC Thornton Jazz Studies alumnus Henry Solomon (’18) performed with HAIM during their sold-out homecoming show at the Hollywood Bowl on May 1. Solomon is currently on tour with the band and was previously featured in the music video for their single “Summer Girl.”

Earlier this year, he released an EP entitled Menthol with Allie Kelly. He is also a member of Thumpasuarus along with fellow USC alumni Lucas Tamaren (’16), Paul Cornish (’18), Logan Kane (’19) and Henry Was (’16). 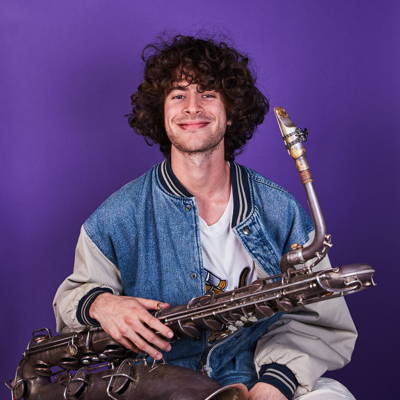