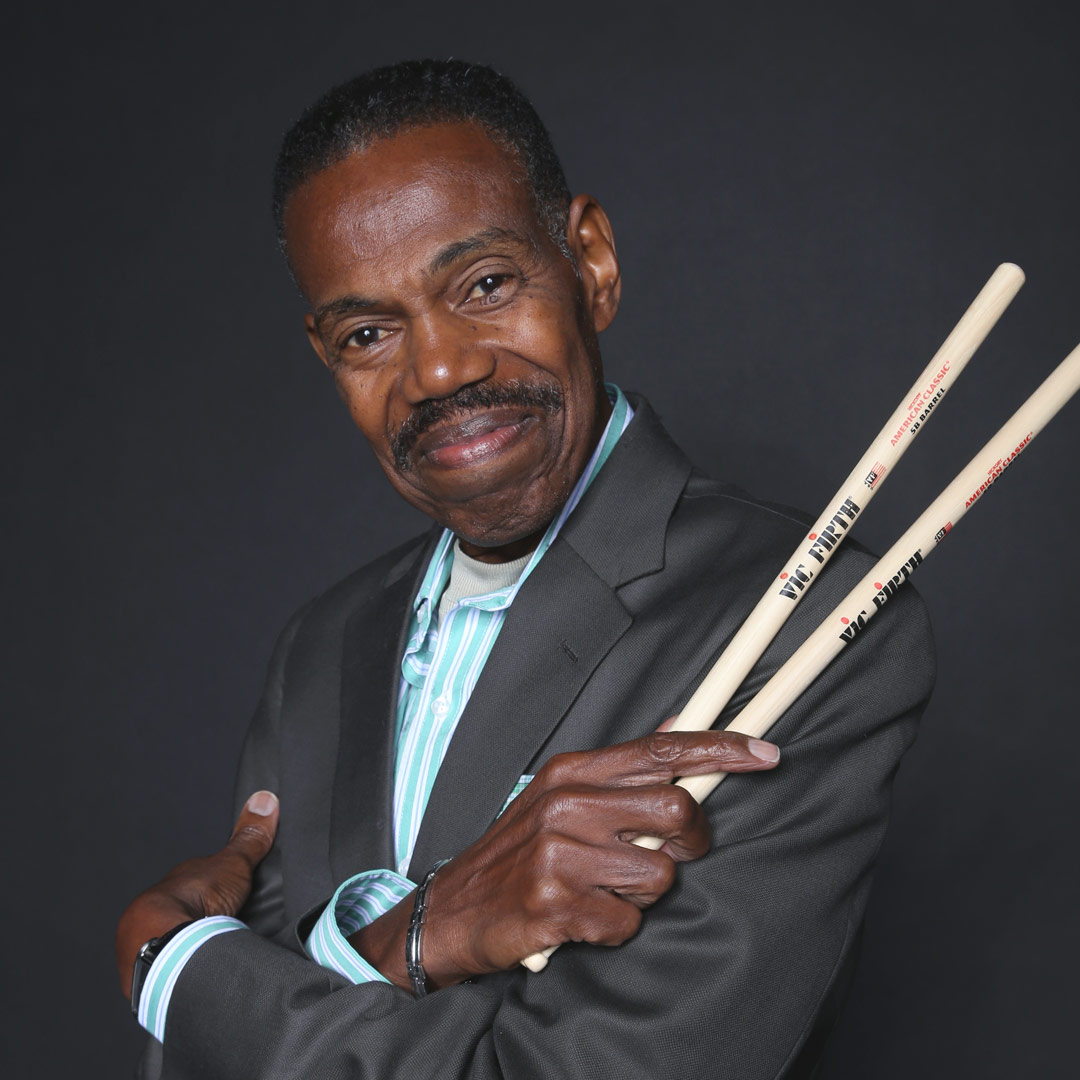 The USC Thornton community is mourning the loss of internationally celebrated drummer Leon “Ndugu” Chancler, who has taught in the school’s Jazz Studies and Popular Music programs since 1995. Chancler passed away on Saturday at the age of 65 after a battle with cancer.

Chancler was widely celebrated for his performances on Michael Jackson’s 1982 Thriller album, most notably on “Billy Jean,” and he received a GRAMMY nomination for co-writing the song “Let It Whip” in the same year. Over six decades, Chancler also performed and recorded with Frank Sinatra, Miles Davis, Herbie Hancock, Thelonious Monk, James Brown, Weather Report, Santana, Tina Turner, Patrice Rushen, and Kenny Rogers, among many others.

A percussionist, composer, producer, and clinician, Chancler graduated from California State University, Dominguez Hills with a degree in music education and remained committed to teaching his craft through 23 years as a beloved adjunct assistant professor in USC Thornton’s Contemporary Music Division.

“When one becomes a musician, one is not just a drummer or a composer. You train to be diverse. You train to arrange, write, play and produce,” Chancler said in 2012. “All of it goes together for me. I simply call myself a musician and these are all just things I do.”

Robert Cutietta, Dean of USC Thornton, reflected on Chancler’s extraordinary contributions to the school. “As the first and only drum set teacher in the Popular Music program, he was fundamental in creating the musical and professional climate in that department,” Cutietta said. “We will miss his smile, optimism, and ‘can-do’ attitude. Our students will miss his dedicated teaching and mentoring personality. He was dedicated to the Thornton School and his students until the end.”

USC Thornton will announce plans to celebrate Ndugu Chancler’s life and legacy as details are confirmed.