Trumpeter and USC Thornton Jazz Studies alumnus Walt Simonsen (MM ’06, DMA ’10) was a featured guest on the Jazz Access podcast, on which he talked about the experience of being a professional jazz musician in Los Angeles and reflected about his time at USC.

Simonsen leads a trumpet quintet called Trumpetology, which will release its debut album this summer, and plays in several big bands, including including Tex Beneke, Dave Damiani, and Tim Gill All-Stars. He recently performed with the Gerald Wilson Band at the Hollywood Bowl as part of the 2015 Playboy Jazz Festival. 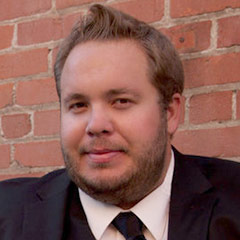