Jeanine Cowen is an active media composer and educator. She has previously served as a professor in the game and interactive media scoring area at Berklee College of Music. She is an active freelance composer, music producer and sound designer focusing primarily on the intersection of audio and visual medias, with particular interest in the burgeoning VR/AR/XR worlds and video games.

She trained at Northwestern University as a classical percussionist, graduated from Berklee College of Music with a degree in both film scoring and music production and engineering, and she has completed graduate work in interactive design and game development at Savannah College of Art and Design. As a highly experienced technologist with extensive musical training in classical, jazz and contemporary genres, Cowen excels in creative, collaborative productions with credits spanning the film, television, game and music industries.

She maintains an active teaching presence in audio and game development, as well as in music composition, production and technology. Professor Cowen has taught in-residence and online at Berklee, Interlochen, CDIA-Boston University and Pluralsight. Formerly the vice president for curriculum and program innovation at Berklee, she is an experienced and skilled educator and innovator.

Cowen has held positions on the development teams at the Education Development Center, Inc.; Turning Point Software and Turbine Entertainment. She has been engaged at all levels of audio and music development on projects that include Hasbro’s Mr. Potato Head and Microsoft’s Fine Artist and Creative Writer, as well as Midway Games’ release of the massively multiplayer online game (MMORPG) Lord of the Rings Online, Shadows of Angmar.

Cowen’s compositions have been heard throughout film, television, video games and the stage in works which include the Emmy winning PBS mini-series The Great War, the definitive documentary The Life and Times of Frida Kahlo and the critically acclaimed off-Broadway play Rapt. Collaborating with fellow composer and music technologist Stephen Webber, her work as a percussionist can be heard and seen on Webber’s album Stylus Symphony.

Cowen is a frequent conference presenter in the U.S. and abroad, having recently delivered talks at GameSoundCon, Espacio Fundación Telefónica, the Women in Film & Media Summit, the Audio Engineering Society, the Women’s Empower Symposium and others. 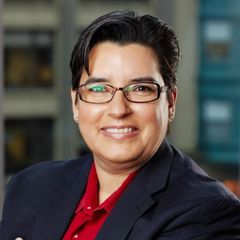