Jenny Wong (MM ’13, choral), a DMA candidate in the USC Thornton Choral & Sacred Music program, has been named Interim Director of Music at All Saints Church in Pasadena. She adds this to her role as Assistant Conductor of the Los Angeles Master Chorale.

A native of Hong Kong, Wong began conducting in 2009 and has led choirs across the U.S., Germany, Austria, South Korea, and China. At USC, Wong has conducted the Apollo Men’s Choir and was the recipient of the USC Chamber Singers Award. 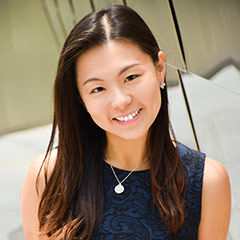