Pianist Jeremy Frank is Associate Chorus Master, Assistant Conductor and Vocal coach at LA Opera, where he has worked on over 60 productions. He is a frequent collaborator at Wolf Trap Opera, where he is an Assistant Conductor, Chorus Master and recitalist. He has been a guest coach at Utah Opera, has helped prepare Seattle Opera’s Ring der Niebelungen in 2013, and has participated in the Opernfestspiele St. Margarethen, in Esterhazy, Austria.

Frank has been a recital partner with Sondra Radvanovsky, Eric Owens, Brandon Jovanovich, Rodell Rosel, David Daniels, Dolora Zajick, Kate Lindsey and Susan Graham. He accompanied Joyce DiDonato at the 54th Grammy Awards, the first time the ceremony featured a live performance by a classical singer. He has curated multimedia recitals in partnership with the Getty Villa and LACMA in Los Angeles and the Phillips Collection in Washington D.C. which draw connections between music from the mainstage repertoire and special exhibits in the museums. A frequent lecturer for LA Opera’s celebrated Education and Community Programs, Frank introduces audiences to opera and deepens their understanding and appreciation for the art form, whether they are aficionados or first-time opera goers.

Since 2013, Frank has assisted in the preparation of operas, symphonies and vocal chamber music at the LA Philharmonic. Frank has taught masterclasses and performed concerts with members of the Galina Vishnevskaya Opera Institute in Moscow and St. Petersburg. He has also been an Associate Vocal Coach for the Vocal Arts Department at the Juilliard School.

Frank is a graduate of the Houston Grand Opera Studio, where he was the Schissler Foundation Fellow. He also trained at San Francisco Opera’s Merola program and participated in the Western Opera Theater tour of La Bohème. He holds degrees in piano performance from St. Olaf College and the Cleveland Institute of Music, and earned a Specialist Degree in Piano Accompanying and Chamber Music from the University of Michigan, where he was a student of Martin Katz. 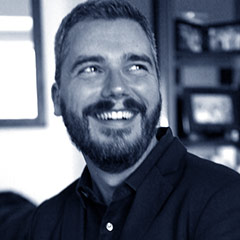