Karen Parks is a Fulbright Scholar, Olivier Award nominee and Billboard chart-topper. She is also a master teacher and vocal consultant at YoungArts and President, CEO and Director of Stagebound. Her career highlights include performances with the San Francisco Opera, London, Budapest, Göteborg and New World Symphonies, Helsinki Philharmonic, the Boston Pops, and the APOLLO Theatre. She performed a concert commissioned by Dame Janet Baker at Barbican Hall and sang the role of Nedda in Pagliacci for three seasons at the Savonlinna Opera Festival.

As a Fulbright scholar, Parks was the first and only recipient to be awarded exclusive study by a maestro at La Scala Opera House in Milan, Italy. Her studies with Maestro Gabriele Pisani culminated in a debut solo performance with Maestro Pisani at the piano. As an Olivier Award nominee, Parks graced the London musical theater stage in the West End production of Carmen Jones at the Old Vic Theater. Her performance in the role of Cindy Lou earned her an Olivier Award nomination.

Through YoungArts and other notable organizations, Parks has worked with clients that have performed in varied genres of music at major venues including Carnegie Hall, The Kennedy Center and The New York City Opera. Her musical theater clients perform in leading roles on Broadway, Off-Broadway, in Regional Theaters and on National tours. Through her company, Stagebound, Parks continues to present workshops, master classes, and vocal intensives in all major genres of music, nationwide.

Her numerous solo and collaborative recordings include: Nobody Knows: Songs by Harry T. Burleigh, which debuted at #2 on the Billboard Charts (classical); Nocturne, the first English language album of Finnish classical poetry; the world premiere of Perfect Harmony (recorded, televised and aired internationally); Song of America, a compilation album of songs by renowned artists related to the history of America; and Rosa Parks: Pure Love. 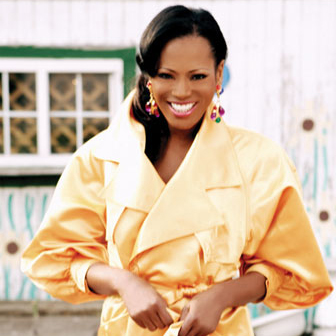