Kenneth Foster is a nationally recognized arts leader with more than thirty years of experience as an arts administrator, curator, educator and performing arts presenter. Immediately prior to coming to USC in 2013, where he designed and launched the Arts Leadership program (ARTL), he was the executive director of San Francisco’s Yerba Buena Center for the Arts (YBCA) for ten years. During his tenure at YBCA, he transformed the organization into an internationally recognized center for contemporary art, performance and social activism.

Prior to joining YBCA, he has served as executive director of UApresents at the University of Arizona, the Center for Performing Arts at Pennsylvania State University, the Kirkland Fine Arts Center in Illinois, and the multidisciplinary Town Hall Arts Center in Colorado.

Foster has served as a board member for such prominent national service organizations as Chamber Music America, the Association of Performing Arts Professionals and Dance USA. He has also been a grant review panelist for the NEA, the Doris Duke, Wallace, Irvine and Hewlett Foundations and multiple state and regional funding bodies. He currently serves on the Board of the Kronos Performing Arts Association.

Foster has an active national and international arts consulting practice for a range of arts organizations, specializing in leadership development and innovative organizational design and planning for the 21st century. Among the organization he has worked with are the Anchorage Concert Association, the Los Angeles Philharmonic, La Red Espanola de Teatros in Madrid, Culture Source in Detroit, the Wallis Annenberg Center for the Performing Arts, the Ford Theatres of Los Angeles, the 24th Street Theater and more. He designed and developed the Leadership Fellows Program for mid-career leaders for the Association of Performing Arts Professionals.

His first book, Performing Arts Presenting: From Theory to Practice, was published in 2006 and published in Mexico en español in 2007 by Consejo Nacional para la Cultura y las Artes. His second book, Arts Leadership; Creating Sustainable Arts Organizations, was published by Routledge in 2018.

In 2007, Foster received the Fan Taylor Award for Distinguished Service from the Association of Performing Arts Professionals. The award honors individuals whose outstanding service, creative thinking, and leadership have had a significant impact on the profession of presenting. 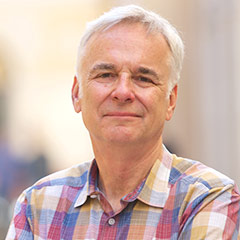