Kevin Lyman, associate professor of practice in the USC Thornton Music Industry program, is best known as founder and producer of the Vans Warped Tour which made its 24th and final cross-country run in 2018.

He has been an industry professional for 37 years, having worked his way up from throwing backyard concerts to producing festivals like Rockstar Mayhem, Country Throwdown, Sprite Liquid Mix, and It’s Not Dead, among numerous others.

He is co-owner of SideOneDummy Records, and has managed acts like Less Than Jake, H20, and the Ataris.

Lyman’s philosophy has always been to include three things in all events he produces: music, education, and philanthropy.

His philanthropic work has included founding the Unite the United Foundation, a charitable organization that has raised over $1 million for various non-profits. In 2014, the Vans Warped Tour attempted to set a Guinness World Record for Largest Food Drive in 24-Hour period at a single location. In 2018, Lyman focused on the opioid education initiative, FEND (Full, Energy, No, Drugs).

For his philanthropic efforts, Lyman was recognized in 2009 as the Billboard Touring Awards Humanitarian of the Year. He was an honoree in 2011 at the Grammy/MusiCares MAP Fund gala, and was inducted in 2012 into the Top Dog Touring Hall of Fame at the Tour Link Conference. In 2016, he was given the Humanitarian of the Year award by the T.J. Martell Foundation at their annual Family Day. 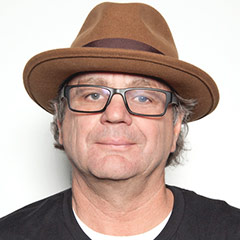