In addition to his solo career, Ralph Kirshbaum served on the faculty of the Royal Northern College of Music in Manchester, England for 38 years, and in 2008 accepted the Gregor Piatigorsky Endowed Chair in Violoncello at the University of Southern California’s Thornton School of Music.

In honor of the legendary cellist Gregor Piatigorsky, Ralph Kirshbaum led the inaugural Piatigorsky International Cello Festival as Artistic Director in March 2012, with the second edition in May 2016. The universal critical and public acclaim resonated throughout the musical world. He founded the RNCM Manchester International Cello Festival in 1988, and was its Artistic Director through to its grand finale in 2007, which was recognized with the 2008 Royal Philharmonic Society Award for concert series and festivals. Mr. Kirshbaum continues as the honorary president of the London Cello Society, and in July of 2016 received an honorary Doctor of Music degree from the Royal Conservatoire of Scotland in Glasgow.

A number of critically-acclaimed recordings have successfully represented Mr. Kirshbaum’s career on disc. Highlights of his discography include the complete Bach suites for EMI/Virgin Classics, Tippett’s Triple Concerto for Philips (winner of the Gramophone Record of the Year award), the Elgar and Walton Concertos for Chandos, and the Brahms Double and Beethoven Triple Concertos for BMG Classics with Pinchas Zukerman, John Browning and the London Symphony Orchestra conducted by Christoph Eschenbach. A recording of Schubert’s C Major quintet with the Takacs Quartet was released by Hyperion in October of 2012. His disc, the complete Beethoven Sontas and Variations with pianist Shai Wosner, was released by Onyx Classics to great critical acclaim in December of 2016.

“Each student is endowed with his or her own passions and talent, as well as technical and musical strengths and weaknesses. It is my endeavor to understand, and respect, the individual profile of each of my students by serving as a conscience encouraging their strengths, while leading them to recognize the truth and beauty of the music they play. It is that goal that should inform their technique, and not the other way round. My studio is made up of students from across the U.S., Europe, and Asia. The emphasis is on shared experiences, with mutual respect, encouragement, and support expected of each member of the studio. The work is intense, but there is always time for friendly, relaxed social interaction. We come to know and feel at ease with each other as in a close family, building on positive motivation and stimulation from shared musical values and goals, and eschewing narrow-minded competition.” – Ralph Kirshbaum 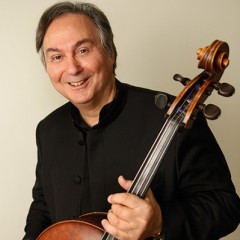