Over the course of their college careers, USC Thornton students invest countless hours into refining and improving their skills as musicians and performers in the hopes of landing an orchestral position or high-profile gig upon graduating. Yet, for all the work that completing a music degree demands, it’s no match for the anxiety-inducing stakes of a professional audition.

“Auditions in the real world can be won and lost by literally one measure of one excerpt,” said Strings faculty Margaret Batjer. “There’s nothing like being in a professional situation as a student to fully understand what the audition experience entails.”

When Batjer and her colleagues realized the enormous potential of introducing their students to the professional audition model — in which musicians perform anonymously to a panel of judges from behind a screen — they set out to develop a program that would directly immerse students into the audition world.

“The idea came about through Midori Goto, the chair of our department,” Batjer explained. “She really wanted to incorporate a professional situation into the curriculum. The kind of preparation that students do for this program prepares them for the types of auditions they’ll be taking in a matter of years. ”

Now in its fourth year, the LACO-USC Thornton Strings Mentorship Program recently named Kenneth Liao, a junior majoring in Violin Performance who currently serves as co-concertmaster for both the Thornton Symphony and Thornton Chamber Orchestra, the winner of this year’s competition.

As this year’s winner, Liao performed as part of LACO’s first violin section during two concerts with the orchestra in late April. He was also mentored for the performance directly by Batjer.

“I’m really lucky that the concertmaster of LACO is at our school,” said Liao. “It’s very helpful that she’s so easy to reach and very willing to help. I had never played as a part of a professional ensemble before, and the environment felt very different than it does at school. The lessons with Margaret really gave me an idea of how she and LACO’s conductor want the music to be played.”

Batjer, who served as a judge for this year’s auditions, commented that Liao’s performance was the most consistent of any student in the competition. 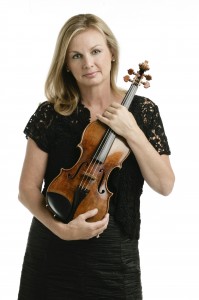 “I felt his was the finest audition by far this year,” she shared. “There were a lot of very fine players, and it always comes down to a couple that really stand out. We don’t expect the same level of perfection that we do in our regular auditions, but I was so impressed with Kenneth’s level of preparation.”

Despite his stellar performance, Liao admits that the mock audition process can be intimidating to musicians who have never performed for judges from behind a screen.

“It’s very uncomfortable,” he explained. “You know someone’s there, and you know they’re listening — but you can’t really perform how you would in front of an audience.”

Both Liao and Batjer agree that the LACO-USC Thornton Strings Mentorship Program is a vital component in preparing students for successful careers after college.

“I think it’s a really good partnership that goes on between Thornton and LACO,” said Liao. “I took a professional audition a few weeks ago, and it was actually behind a screen. I feel like the LACO audition helped me really get better at playing orchestral repertoire in that way, and I was prepared for this professional audition because of it.”

“I’m proud of the program,” said Batjer. “It’s a really unique situation for our students, and I’m privileged to be a part of it. It’s very important that we are educating and preparing our future musicians to come into an orchestral job and have at least a clue of what that entails.”

"It’s very important that we are educating and preparing our future musicians to come into an orchestral job."