León F. García Corona is a music scholar whose work focuses on the intersections between music, race and social justice in Mexico and among its diasporic communities in the United States.

His scholarship has been published by Oxford University Press, Cambridge University Press, Latin American Music Review, American Music, the Canadian Journal of Latin American and Caribbean Studies and the Smithsonian Institution. He is the co-editor and a contributor of Voices of the Field: Pathways in Public Ethnomusicology (Oxford University Press), in which he and other contributors explore public engagement in ethnomusicology. He is currently working on a monograph, Enamored Voices: Music, Migration and Social Struggle in Close Harmony, where he explores close harmony singing in the United States and Mexico and the ways it intersects with issues of race, migration and cultural membership.

García Corona received his doctoral degree in ethnomusicology from the University of California, Los Angeles, and he previously worked as a producer and education specialist for the Smithsonian Institution, where he founded Folkways Magazine and produced dozens of featured articles and educational initiatives, including the award-winning jazz educational website. 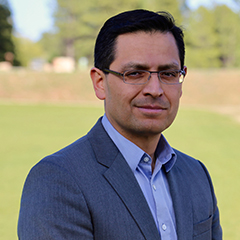