Passionate about music and what it brings to the moving picture, Lindsay Wolfington has been working in music supervision for 19 years. She is known for her work on the television show One Tree Hill, where she featured over 1,700 songs from breaking artists and iconic names like Led Zeppelin and U2, and more recently for her work on the hit Netflix movies To All the Boys I’ve Loved Before and To All the Boys: PS I Still Love You.

Wolfington is currently working on the third follow-up film to To All the Boys I’ve Loved Before, as well as Virgin River (Netflix), Fear Street (Netflix), Warrior Nun (Netflix) and Hulu’s horror anthology Into the Dark. Her recent work includes the Christmas rom-com Same Time, Next Christmas (ABC), Light as a Feather (Hulu), The Village (NBC), Shadowhunters (FreeForm), and The Royals for E! (Lionsgate). She also managed music clearance for Fuller House.

After graduating from Brown University, Wolfington was a music coordinator on various projects including Felicity, Alias, Smallville, Boston Public and Las Vegas, which led to a flourishing solo career as a music supervisor working on shows such as The Night Shift (NBC), The Sing Off (NBC), Ghost Whisperer (CBS), the musical web series Side Effects and Pitch Slapped (Lifetime), as well as documentaries Behind the Curtain: Todrick Hall, Austin Mahone: My Journey and Mindless Behavior: All Around the World. 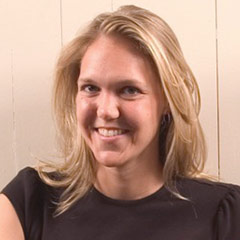