Lisa Cooper Vest is a musicologist whose work is focused on the aesthetic and political contexts of the post-WWII Polish musical avant-garde. Her work is situated within the field of Cold War studies, as she considers the effects of political ideologies upon musical culture and its meanings. Vest is particularly interested in the complicated power relationships that animated the field of cultural production in communist Bloc nations, and the ways in which artists and intellectuals were able to wield the promise of progress in order to generate consensus across generational, political, and aesthetic divides. Her research on these topics also informs her approach in the classroom, where she encourages her students to think about how music has affected (and is currently affecting) political discourse, and also how music functions as political discourse, shaping perceptions of such fundamental concepts as nation, gender, class, and race.

Lisa Cooper Vest’s 2020 book, Awangarda: Tradition and Modernity in Postwar Polish Music, explores the ways in which the Polish avant-garde was actually perceived as a manifestation of Polish cultural tradition, and thus as a movement with the potential to stimulate cultural progress and to enhance Poland’s international cultural prestige. Based on this potential, artists, intellectuals, and State officials were able to articulate shared goals and strategies for the institutional support and promotion of Polish avant-garde music. Additionally, Vest has presented on issues of voice and gender in Krzysztof Penderecki’s 1968 opera The Devils of Loudun, and she has published about educational initiatives within the Polish Composers’ Union in the late 1950s. Her research and writing has been funded by grants from the Fulbright Hays program, PEO International, the Mellon Foundation, and Indiana University. 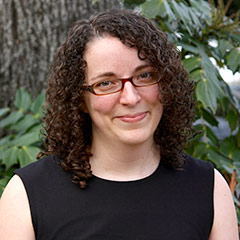