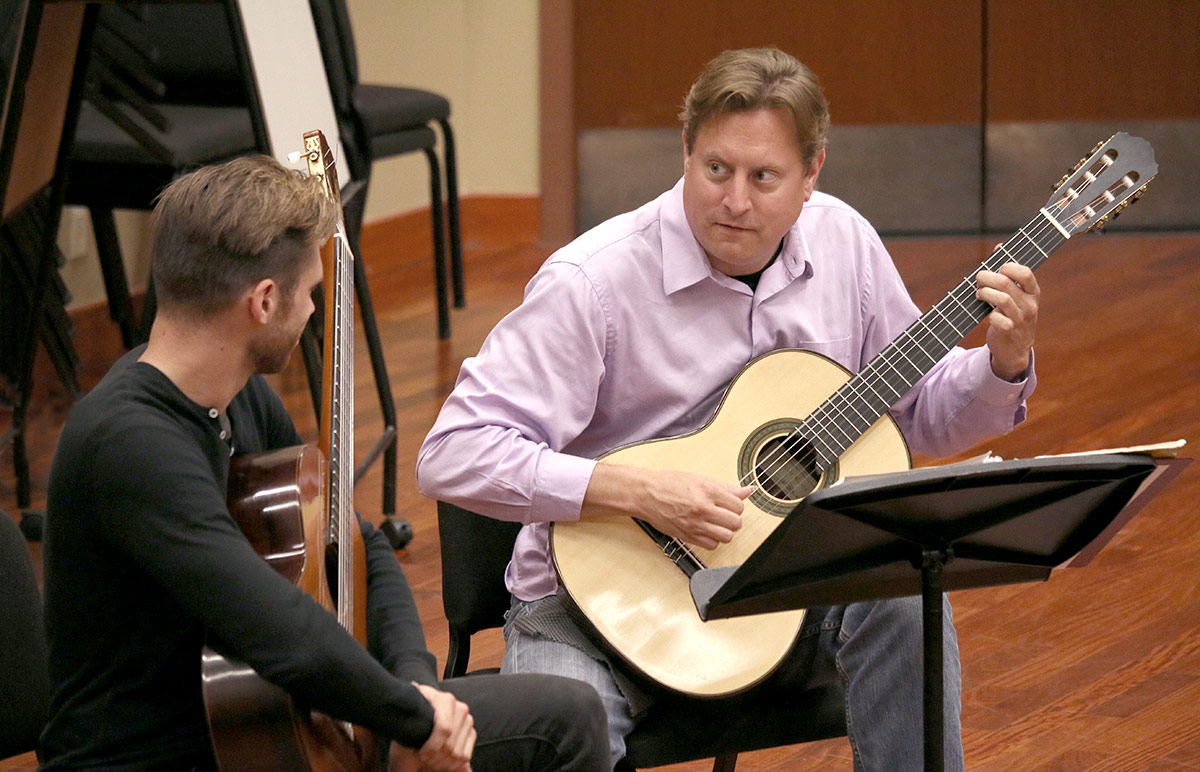 “Guitarists are always in search of a great hall,” said Brian Head, chair of USC Thornton’s Classical Guitar program. As a result of a partnership with the USC’s Brain and Creativity Institute, Thornton has such a venue to offer.

The Joyce J. Cammilleri Hall, with acoustics designed by Yasuhisa Toyota, acoustician for Walt Disney Concert Hall, has become a destination for the many artists that visit campus to lead masterclasses with Thornton students.

“In classical guitar, careers are often driven by entrepreneurial endeavors and solo performance tours,” said Head. “Exceptional artists travel frequently. Because Los Angeles is such a mecca for music, we see those sorts of players on a regular basis.”

On Tuesday, Sept. 29, Jason Vieaux visited campus for a masterclass with Thornton students. The GRAMMY-Award winning artist is a faculty member of both the Curtis Institute of Music and the Cleveland Institute of Music. This weekend, Vieaux will perform with the New West Symphony in Santa Monica, Oxnard and Thousand Oaks.

The masterclasses that Head organizes for the Classical Guitar program feature some of the top musicians in the field. “USC is a destination,” Head said. “It’s the place in Los Angeles where classical guitarists want to stop by.”

Paul Galbraith and a last-minute performance 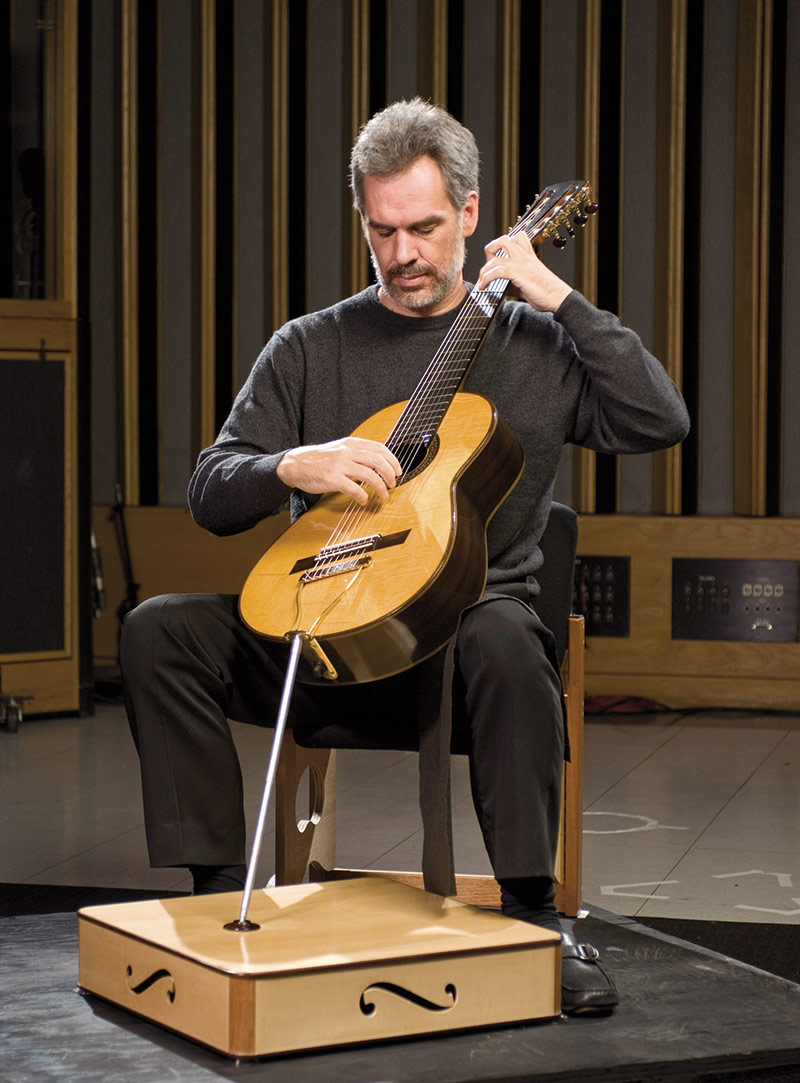 Last fall, acclaimed guitarist Paul Galbraith visited Thornton for a masterclass that culminated in a last-minute concert at Cammilleri Hall, in which Galbraith offered a sneak peak of his upcoming recording.

“The program featured a pair of allemandes by Bach and Mozart, a Mozart piano sonata, and two of Bach’s cello suites (Fifth and First),” said Masters student Stephen Krishnan. “The pairing of pieces, especially the Bach and Mozart allemandes, showed striking similarities. Played back to back, they sounded as if they were written by the same composer.”

Internationally renowned as an innovator of the classical guitar, Galbraith has been working to expand the technical limits of his instrument by playing the eight-string Brahms Guitar, which he helped to develop. “Paul is a friend, one of the deepest musicians I know, and an example of someone making artistic, musical and life decisions on philosophical principle,” said Head. “He has, in essence, created a new instrument.”

Throughout the performance, Galbraith welcomed questions from the audience, making for an informal experience that offered a rare opportunity for students to follow such an esteemed artist from the classroom and into the concert hall.

“We’ve been able to break down the model of a visiting artist teaching a masterclass so that they sometimes end up performing for our students,” Head added. “Their familiarity with us, our faculty, and our program makes these sorts of things possible.”

There is another reason such exceptional visiting artists can be found so frequently on campus. As they say in real estate: location, location, location. Head explained: “Traditionally, Spain was the home base for the classical guitar. Students wanted to go to Spain to get to the touchstone of the instrument. To me, the center of the universe of the guitar became London in the ‘70s and ‘80s. Julian Bream and John Williams both lived there, and they spawned these communities.”

The focus eventually migrated again. “By the end of the century, I feel that the center shifted to Los Angeles. Living here, we have a higher concentration of what I’d call ‘Pantheon guitarists’ than any other city in the world. Christopher Parkening (non-degreed Thornton alumnus and chair of Classical Guitar at Pepperdine University) is here, and Pepe Romero, and, obviously, all the members of the Los Angeles Guitar Quartet, and Martha Masters. It goes on and on. There is a concentration of talent here that really can’t be matched by any other city.”

So, next time you find yourself in the audience of a classical guitar masterclass at USC Thornton, look around. You’re bound to recognize someone in the crowd who could easily be performing at center stage.

“USC is a destination. It’s the place in L.A. where classical guitarists want to stop by.”