Lynn Helding serves as Coordinator of Vocology & Voice Pedagogy and studio voice teacher in Vocal Arts at the USC Thornton School of Music. She is the author of The Musician’s Mind: Teaching, Learning & Performance in the Age of Brain Science, the chapter “Brain” in Your Voice: An Inside View 3 by Scott McCoy, and was recently named the new editor-in-chief of the Journal of Singing. A devoted teacher, among her private clients are members of the Los Angeles Opera, the Los Angeles Opera Domingo-Colburn-Stein Young Artist Program and the Los Angeles Master Chorale. Her USC Thornton voice students have won fellowships to the Aspen and Tanglewood Music Festivals, among others. She was recognized as a “legendary figure in the field of voice pedagogy” by the Contemporary Commercial Music (CCM) Vocal Pedagogy Institute at Shenandoah University, receiving their 2020 Lifetime Achievement Award.

Helding created the “Mindful Voice” column in the Journal of Singing, authoring it from its debut in October 2009 to the final installment in October 2017, in order to advance her proposition that cognitive science must be considered the “Third Pillar of Voice Science.” Helding’s extensive research in cognitive science, with an emphasis on motor learning theory and expertise studies from social psychology, forms the foundation of both “Mindful Voice” and The Musician’s Mind.

Helding’s voice science honors include the 2005 Van L. Lawrence Fellowship, jointly awarded by the Voice Foundation and the National Association of Teachers of Singing Foundation to singers who have “demonstrated excellence in their profession as singing teachers, and have shown knowledge of voice science,” and election to chair the founding of the first non-profit vocology association PAVA, incorporated in 2014 as a 501(c)(6) non-profit association.

Helding’s stage credits include leading roles with Harrisburg Opera, Nashville Opera, and Ohio Light Opera. Her passion for contemporary American song inspired her to commission new works and to refashion the traditional recital into theatrical performance pieces presented on multiple tours throughout the United States, Australia, England, France, Germany, Italy, Spain, and Iceland where her performances were broadcast on Icelandic National Radio. Highlights in chamber music include Schoenberg’s “Pierrot Lunaire,” broadcast on Nashville Public Television, and “Good Night,” written for her and the Baltic Philharmonic Chamber Orchestra by Icelandic composer Thorkell Sigurbjornnson.

As a young student, Helding studied voice at the University of Montana, in Vienna, Austria with Kammersänger Otto Edelmann, and at Indiana University where she was the first singer ever accepted to pursue the prestigious Artist Diploma in Voice. She earned her master’s degree in vocal pedagogy from Westminster Choir College of Rider University and completed the Summer Vocology Institute at the National Center for Voice and Speech, and now returns as guest SVI faculty. Previous to her appointment at USC, she served twenty-two years as Associate Professor of Voice and Director of Performance Studies at Dickinson College, and four years as voice faculty at Vanderbilt University’s Blair School of Music. 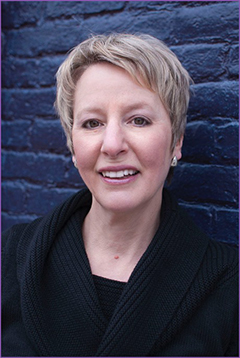