Michael Arrom launched his professional career at 18, when he embarked on an international tour playing keyboards for multi-GRAMMY-winning guitarist Steve Vai. He has been featured on national television, performing alongside country icon Keith Urban and appearing on multiple episodes of the popular television series, Glee.

Born in New Jersey, Arrom grew up with a simultaneous love for classical music and rock ’n roll. There, he studied under the tutelage of Juilliard-trained pianist Michelle Chen-Kuo. He also found a life-long mentor in David Rosenthal, keyboardist and music director for Billy Joel. Arrom rapidly developed into a versatile musician, fluent in pop, rock, funk, R&B, Latin, country and other genres. A multi-faceted performer, he specializes in modern keyboard performance, sound design, arranging and live automation.

Arrom is in demand as a live music professional and has recently performed with prominent emerging major-label artists Sofia Carson, Noah Cyrus and Madison Beer. Additionally, he is an associate member of the Recording Academy and an alumnus of their prestigious Grammy Next program. Keyboard Magazine writes that Arrom “continue[s] to make a name for himself wherever he performs.” 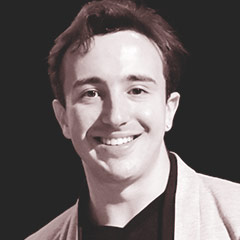