Born and raised in Germany, Patrick Kirst first fell in love with the fascinating art of film music growing up with Spielberg and Williams. Classics such as E.T., Close Encounters, Star Wars, Raiders of the Lost Ark, Jurassic Park and Schindler’s List, primarily written for full orchestra and created with the newest synthesizer technologies of the day, left a lasting impression on him.

The abstract nature of film music and the complete freedom of emotional expression it allowed inspired Kirst to begin experimenting with music and sound in high school theater. It was there that he began to understand the power of music to create a grander context in performance art. Creating the musical landscape for great stories by Shakespeare, Brecht, Frisch and Dürrenmatt demonstrated that music for performance could create something that was greater than the sum of its elements.

After high school, and due in no small part to his experience creating music for theater, Kirst decided to relentlessly pursue the study of music, first at the classical conservatory in Germany where he examined and came to idolize classical composers like Beethoven, Ravel, Stravinsky, Bartok and Bach. In 2000, under advisement from his professor, he left Germany to study jazz at Berklee College of Music in Boston. From there he continued, studying contemporary classical music at New York University, and then relocating to study film music at USC Thornton.

In the epicenter of the film universe, it did not take long before Kirst’s talents and dedication would be recognized. In 2007, he became an integral part of Aaron Zigman’s team where he earned credits on top-grossing films such as The Proposal (Sandra Bullock and Ryan Reynolds), The Ugly Truth (Katherine Heigl and Gerard Butler), Sex and the City: The Movie, Mr. Magorium’s Wonder Emporium (Dustin Hoffman and Natalie Portman), What’s Your Number and The Shack, to name only a few. Through these contributions and his ongoing work in indie films, documentaries and other feature films, Kirst was discovered and hired to write music for Disney’s first nature documentary, Earth, based on the BBC’s highly successful Planet Earth TV series.

Kirst continues to explore and experiment with the newest methods and technologies. Inspired by trends introduced by pioneers such as Thomas Newman and Hans Zimmer, Kirst is passionate about using technology as a voice rather than a utility. As an integral part of the thriving media industry in Los Angeles, he continues to share classic techniques and new innovations through both his work as a respected composer and as a teacher at the USC Thornton School of Music. 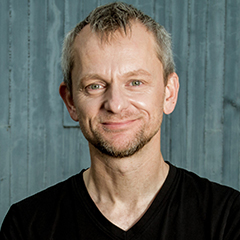