Paul Jackson, Jr. is a GRAMMY recognized composer, arranger, producer and guitarist. Born and raised in Los Angeles into a musical family, Jackson began nurturing his musical talent at an early age by performing with local bands, including a band composed of himself and his siblings. Jackson majored in music at the USC Thornton School of Music and became one of the most prolific guitarists of the 1970s and ’80s, recording with artists such as Michael Jackson, Phil Collins, Quincy Jones, Stan Getz, Herbie Hancock, The Temptations, Luther Vandross, Patrice Rushen, Chicago, Whitney Houston, Elton John, Barbra Streisand, Johnny Mathis, Ella Fitzgerald and others. He’s also recorded with some of today’s biggest stars including The Weeknd, Zendaya and Daft Punk.

Guitarist on the GRAMMY Award-winning recording of “Thriller”
– Michael Jackson; Album Of The Year

Guitarist on the GRAMMY Award-winning recording of “Get Lucky”
– Daft Punk; Record Of The Year

Guitarist on the GRAMMY Award-winning recording of “Get Lucky”
– Daft Punk; Record Of The Year

Jackson appeared in a special performance at the White House for President Barack and Michelle Obama, and he has appeared on many television shows and specials, including The Tonight Show with Jay Leno, American Idol, The Academy Awards, The Emmys and The Kennedy Center Honors.

Jackson has had multiple GRAMMY appearances with artists such as Stevie Wonder, Smokey Robinson, Ne-Yo, Lionel Richie and Chance The Rapper. He has scored music for many successful television shows and movies and has performed on the soundtracks for major motion pictures such as “La La Land,” “Get On Up,” “Zootopia,” and “The Color Purple.”

Jackson is an accomplished recording artist in his own right, releasing eight albums as a solo artist and one as a member of contemporary supergroup JAZZ FUNK SOUL with keyboardist Jeff Lorber and saxophonist Everette Harp.

Several of Jackson’s radio singles have appeared on Billboard contemporary jazz charts. Jackson’s last album, “Stories From Stompin’ Willie,” includes two singles which went to number 1 on the charts: “Down The Road” and “B.F.A.M. (Brothers From Another Mother).”

Jackson received a degree of honorary doctor of sacred music from the Next Dimension University.

Jackson is an assistant professor of practice and artist-in-residence at the USC Thornton School Of Music’s Popular Music program. 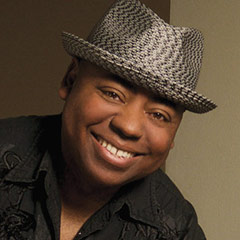