Richard “Wolfie” Wolf is an Emmy Award-winning composer, RIAA multi-platinum awarded music producer, teacher and author. Wolf worked on projects with Prince, Bell Biv DeVoe, Seal, Freddie Mercury, MC Lyte, Eazy-E and Coolio, and has contributed to the soundtracks for over 3000 films and television episodes ranging from twelve seasons of NCIS and The Sandman to Oprah and the NFL. He has been teaching the integration of music, mindfulness, non-duality and media at the USC Thornton School of Music since 2015.

Wolf started practicing Zen meditation as a teen and the class he teaches at USC, “Music & Mindfulness: Strategy & Practice for An Ever-Changing Field,” was the first on a university level to explore the myriad relationships between musical practice and contemplative practice.

His book, “In Tune: Music As The Bridge To Mindfulness,” is considered an innovative guide to this relatively new field, and it was written up in The New Yorker, Parade Magazine, Mindful Magazine, Mashable, Spirituality & Health and others. The book is the basis for the podcast “Wolf In Tune.”

He has led a five-part series on “Mindfulness for the Music Community” for The Recording Academy’s MusiCares, and has given workshops and presentations for the Los Angeles Times Book Festival, the American Society of Composers, Authors and Publishers, The Kroger Wellness Festival and others.

In 2017, Wolf launched a program with the I Have A Dream Foundation to teach Music & Mindfulness to underserved students at schools in Watts, Inglewood and Boyle Heights. 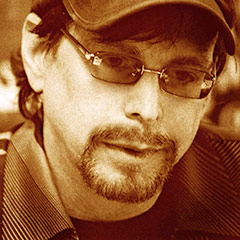