Born in San Jose, California in 1952, Russell Ferrante began studying piano at the age of 9 years old. His early musical experiences revolved around the church where his father was the choirmaster. His interest in jazz and improvisation was kindled in high school and shortly thereafter he began performing with various R&B and jazz groups in the San Francisco Bay Area. The bay area was an exciting place to be in the early ’70s with musicians freely combining musical styles. This exposure to seemingly every kind of music helped prepare Ferrante for his professional career which began in 1973. It was then that he met guitarist, Robben Ford and toured the U.S. and Europe as part of legendary blues singer, Jimmy Witherspoon’s band. “Much to my parent’s displeasure, my gig with Jimmy Witherspoon necessitated my dropping out of college. I like to say though that navigating the musical and non-musical hazards of the road with ‘Spoon’ was an education I could never have gotten in college.” Ferrante moved to San Francisco in 1975 where he continued to be active on the vibrant local music scene and landed his first teaching job at the Community Music Center in the Mission District.

In 1977, Ferrante moved to Los Angeles in order to continue working with Robben Ford. Within a short time, he was recording and touring with a variety of musicians including Ford, Joe Farrell, Tom Scott, and Joni Mitchell. It was during this period that, Ferrante, Ford and Jimmy Haslip co-founded the jazz group, Yellowjackets. It was also during this time that he began working as a freelance writer, arranger and producer for numerous recordings including those by Bobby McFerrin, Michael Franks, Al Jarreau and many others. Presently, Ferrante continues his 25-year association with Yellowjackets who concertize and conduct clinics worldwide. From their inception in 1980, Yellowjackets have recorded sixteen albums, receiving thirteen GRAMMY nominations and winning two awards, Best R&B Instrumental Performance in 1986 and Best Contemporary Jazz Performance in 1989. They also wrote and performed music for the motion picture Star Trek IV, The Voyage Home.

Ferrante has taught and conducted dozens of clinics at colleges and private music schools throughout the United States, Japan and Europe. Included are the Berklee School of Music (who offer a course analyzing Yellowjackets music) and the University of Southern California’s Thornton School of Music, where he is an assistant professor of practice. 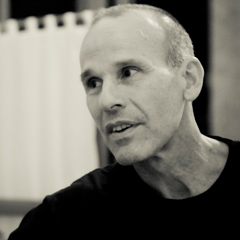