Trained in Ethnomusicology, Scott Spencer investigates the musical intersections of oral tradition and digital technology. Much of his work has been through the lens of Irish traditional music, though his publications have also looked to American balladry and sonic design in museums.

Spencer received his PhD in Ethnomusicology from New York University in 2010 and went on to serve as the Irish American Cultural Institute’s Visiting Research Fellow in Irish Studies at the National University of Ireland, Galway. He has taught interdisciplinary undergraduate and graduate courses at Trinity College Dublin, and at Rensselaer Polytechnic, Drew and Villanova universities. Before moving to Los Angeles, he served as Mellon Regional Faculty Fellow for the Penn Humanities Forum at the University of Pennsylvania.

His background in oral history archives – including those at New York University and the City University of New York – brought him to a position at the USC Shoah Foundation, where he runs the Preserving the Legacy initiative.

Spencer’s recent publications include The Ballad Collectors of North America (Editor), chapters in books representing a variety of fields, and articles in the Journal of the Society for American Music and Explorations in Media Ecology. 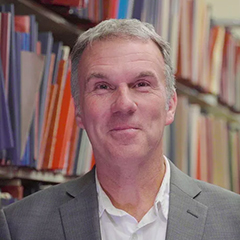