As associate professor of practice in the popular music and music production programs at USC Thornton, Holt offers instruction in popular ensemble performance, songwriting, senior projects, music production techniques and private study. He has enjoyed an extremely diverse and multi-faceted role in the international music scene. Holt is an accomplished, creative business owner with years of experience in music production and supervision. He has composed/produced Emmy, Clio, and Golden Pencil Award-winning music for hundreds of clients including Apple, Nike, Nissan, Oracle, HP, BMW, Porsche, MTV and Lexus. As executive producer of LightningHolt Music, he supervises the creation of an exclusive library for network television.

Holt is the co-founder of the Believe Foundation, a California 501c3, providing intensive educational programs that cultivate the discipline, dedication, and commitment necessary to achieve excellence in the arts. Its flagship program, The Los Angeles School of Arts and Entertainment improves student achievement through high quality arts education and provides a bridge between South Los Angeles youth and employment opportunities in the entertainment industry.

Holt has worked extensively in live television as music director on The Next, associate music director on Lopez Tonight with George Lopez and The Arsenio Hall Show and as a featured vocalist on Dancing With The Stars. 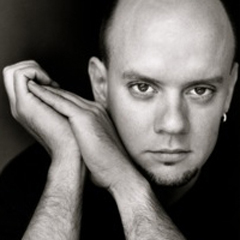