Steve Trovato is a faculty member in the Studio Guitar and Popular Music departments at the USC Thornton School of Music.

A world-class guitarist, he has released several recordings under his own name that all received favorable reviews. Trovato’s masterly technique, intoxicating spontaneity and mesmerizing choice of material never fail to dazzle audiences everywhere. His kaleidoscopic mixture of genre hopping is at once exhilarating and soothing, handily ranking him as one of the most accomplished and emotionally affecting guitarists in the world.

As a renowned educator, he has published dozens of guitar instruction methods for Warner Brothers, Hal Leonard and Alfred Music Publishers. He has been interviewed by guitar music publications world-wide and is the recipient of numerous awards as both educator and artist.

Recording extensively as a session player, he may be heard on several television and motion picture scores. He supplements his teaching with a rigorous touring schedule of clinics, master classes and artist-in-residence appointments. He studied with jazz greats Tal Farlow, Chuck Wayne and Pat Martino. 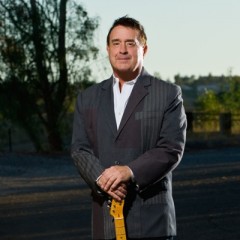