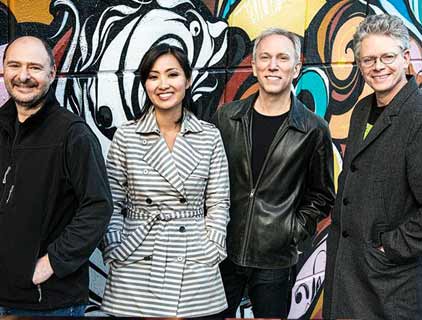 Yang, 28, was born in Incheon, South Korea and grew up in Pretoria, South Africa. She studied at the Eastman School of Music. Distinguished cellist Ralph Kirshbaum served as a mentor at Manchester, England’s Royal Northern Conservatory of Music and at USC Thornton, where Yang earned a master’s degree in music.

She has performed a number of concerts around Los Angeles with Thornton but joining Kronos — which she says has been a key musical inspiration to her — is a momentous career leap.

“If everything Kronos stands for, or aspires to, could come together in one person, it would be Sunny Jungin Yang,” said violinist David Harrington, who founded the quartet in 1973. “She’s relentlessly curious and innovative by nature. She balances craft and precision with a level of passion that makes her unafraid to take risks. And her cultural breadth is staggering — she’s lived on four continents: Asia, Africa, Europe and North America.”

"I'm thrilled, just so honored," Yang said. "Contemporary music has been my passion for so many years and I really admire what they do, which is bringing something new to the audience."