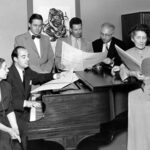 For generations, many of America’s most beloved contemporary composers have developed and honed their talents at USC as students and faculty of the USC Thornton Composition program. 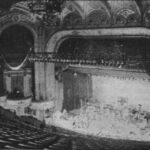 In 2002, several USC Thornton student ensembles performed at the historic Orpheum Theatre in Downtown Los Angeles. The concerts were publicized in a September edition of the Daily Trojan. 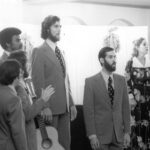 As one of the oldest performance ensembles on campus, the USC Thornton Chamber Singers have remained a constant presence at the school since first forming in 1939. 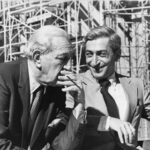 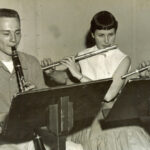 Since opening its doors in 1884, the USC Thornton School of Music has been the home of countless student performance ensembles, allowing USC the opportunity to gain real-world performance experience in a professional, yet supportive setting. 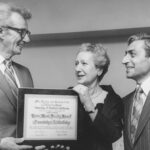 Gwendolyn Koldofsky, distinguished professor emerita at the USC Thornton School of Music, founded the school’s Department of Keyboard Collaborative Arts and both designed and established the world’s first degree-granting program in accompanying. 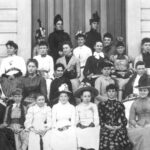 In this photograph from 1888, female piano students at the USC School of Music pose on the steps of Widney Hall — USC’s home to music classes through the 1970s. 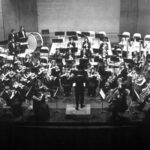 The USC Thornton Symphony is one of the school’s oldest performance ensembles, and has produced some of the finest orchestral musicians in the world. 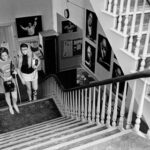 Dedicated in 1880, Widney Hall housed the USC School of Music for almost half of its history. 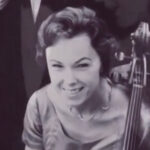 Eleonore Schoenfeld: A Life of Elegance

This tribute film traces Eleonore’s remarkable life as a performer, sister, and teacher, with interviews from former students and colleagues including Midori Goto, Lynn Harrell, Daniel Pollack, Alice Schoenfeld, and others.