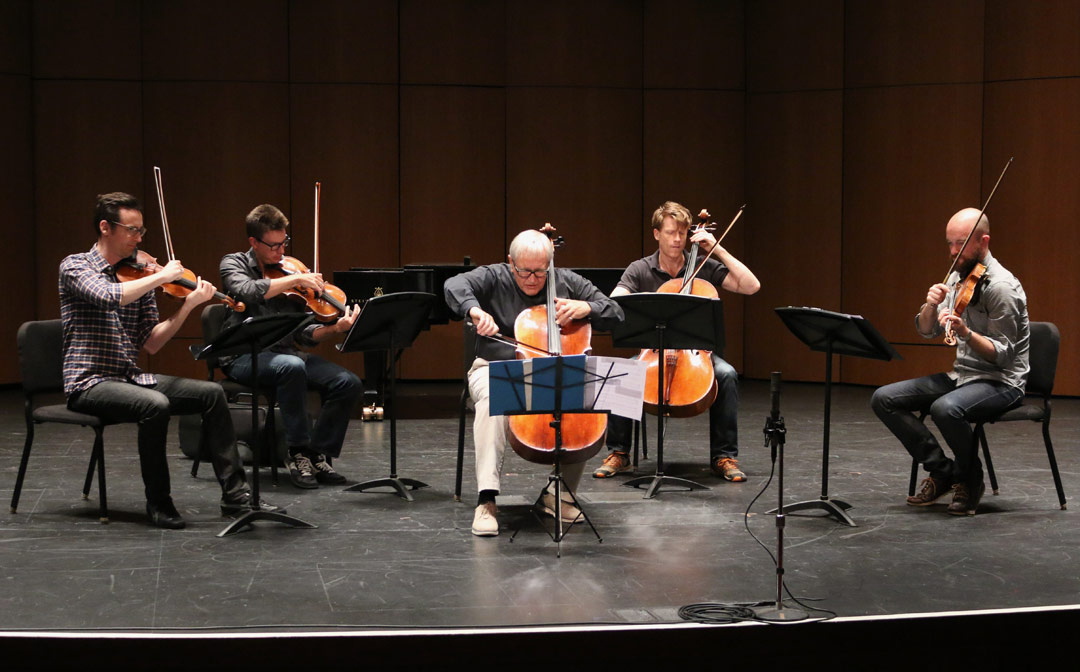 For the Calder Quartet, performing at the Piatigorsky International Cello Festival is a homecoming of sorts. Violinists Benjamin Jacobson (BM ’01, MM ’07) and Andrew Bulbrook (BM, ’02), violist Jonathan Moerschel (BM ’01, MM ’03), and cellist Eric Byers (BM, ’03) formed the quartet while students at USC Thornton, and while the ensemble has gone on to international acclaim, they still value their roots at the school.

“We were excited when Ralph [Kirshbaum, Festival artistic director] approached us, because it’s great to keep a relationship with USC as alumni and colleagues,” said Bulbrook.

Winners of the 2014 Avery Fisher Career Grant, the ensemble has toured internationally and earned accolades for their exacting musicianship and their championing of new works. They have commissioned over 25 compositions to date, recently debuting works at New York City’s Mostly Mozart Festival, the Metropolitan Museum of Art and London’s Wigmore Hall. 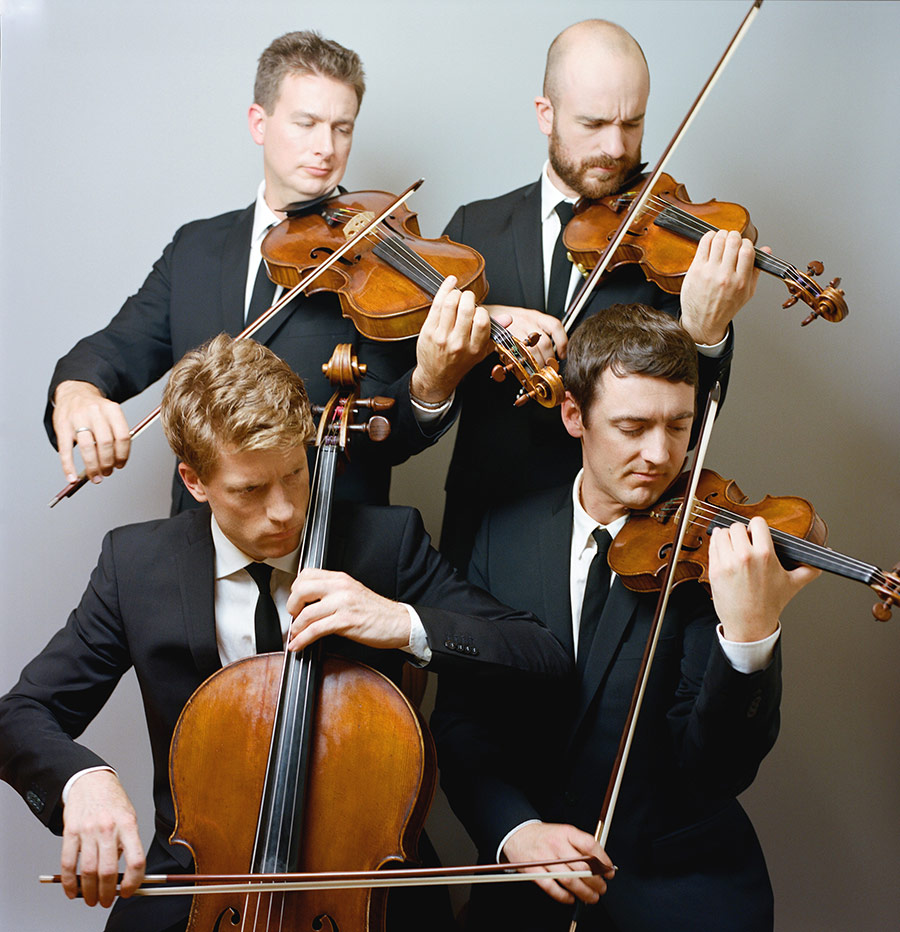 The foursome all earned their bachelors degrees at USC—and Jacobsen and Moerschel went on to earn their masters here, as well—and the return to campus has brought back memories of their student days. Their residency also highlighted how much has changed since they made the daily trek from classroom to practice space to rehearsal hall.

“It’s fun to be back – definitely some nostalgia walking around campus,” said Moerschel. “Everything has changed so much. You see a building here or there that you recognize, but then there’s five other buildings that you’ve never seen before.”

Not that the group has much time for reminiscing. As part of the Festival’s Quintet+ Concert series crafted especially for them, the quartet has performed a major work with a different cellist almost every day during the festival. They’ve performed Boccherini’s Quintet in C major Op. 28, No. 4 with virtuosic Italian improviser Giovanni Sollima, joined UCLA professor Antonio Lysy for Onslow’s Quintet No. 15 in C major, performed two movements of Taneyev’s String Quintet in G major, Op. 14 with Swedish cellist Frans Helmerson, and joined David Geringas, a former student of Rostropovich, on the main stage at Bovard Auditorium for Šenderovas’s David’s Song and Tchaikovsky’s Andante cantabile.

The Calder Quartet are, in effect, the Festival’s house band.

“The music is challenging, and it’s unusual that each new collaborator is a cellist,” Bulbrook said. “It’s an exciting way to do it.”

Despite the challenging repertoire and new musicians collaborating with the renowned quartet this week, some things never change. The musicians feel the same air of anticipation before taking the stage each night, but their performances at Alfred Newman Recital Hall have a certain hint of the familiar.

“Newman has not changed not at all,” Moerschel said. “We were sitting in the dressing room, and it felt like we were here for our juries.”