The Festival Must Go On 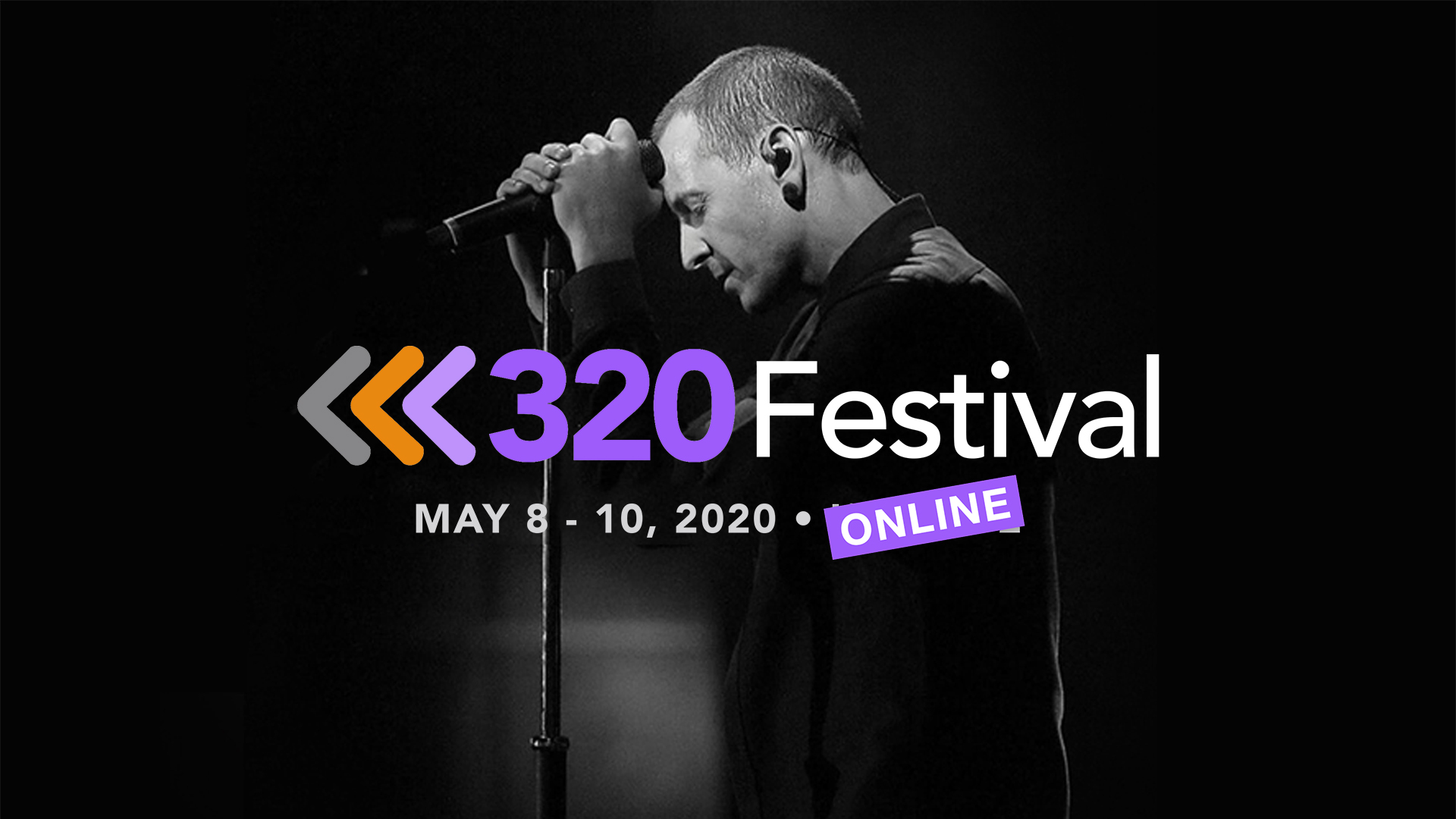 With an industry icon, USC Thornton Music Industry students organized a major live event, the 320 Festival, with philanthropic aim — before shifting it online.

When Kevin Lyman started as associate professor at USC Thornton in 2018, he didn’t give up his other day job. The creator of the Vans Warped Tour, Lyman remains heavily involved in event production and brand strategy through the Kevin Lyman Group. He put on both hats for the upcoming 320 Festival — an event that aims to change the way we look at mental health.

Anyone can tune in to the virtual festival for free May 8-10 via Facebook Live, YouTube Live and the KNEKT.TV Network on Roku and Apple TV.

Co-produced by Lyman and Talinda Bennington, co-founder of 320 Changes Direction, the 320 Festival was organized by the Kevin Lyman Group in partnership with USC Thornton students who spent months planning the events for venues at L.A. Live. It was set to be a smash success. The festival was announced to a packed crowd at Bovard Auditorium on the USC campus during a March 9 event that has been viewed almost 200,000 times. 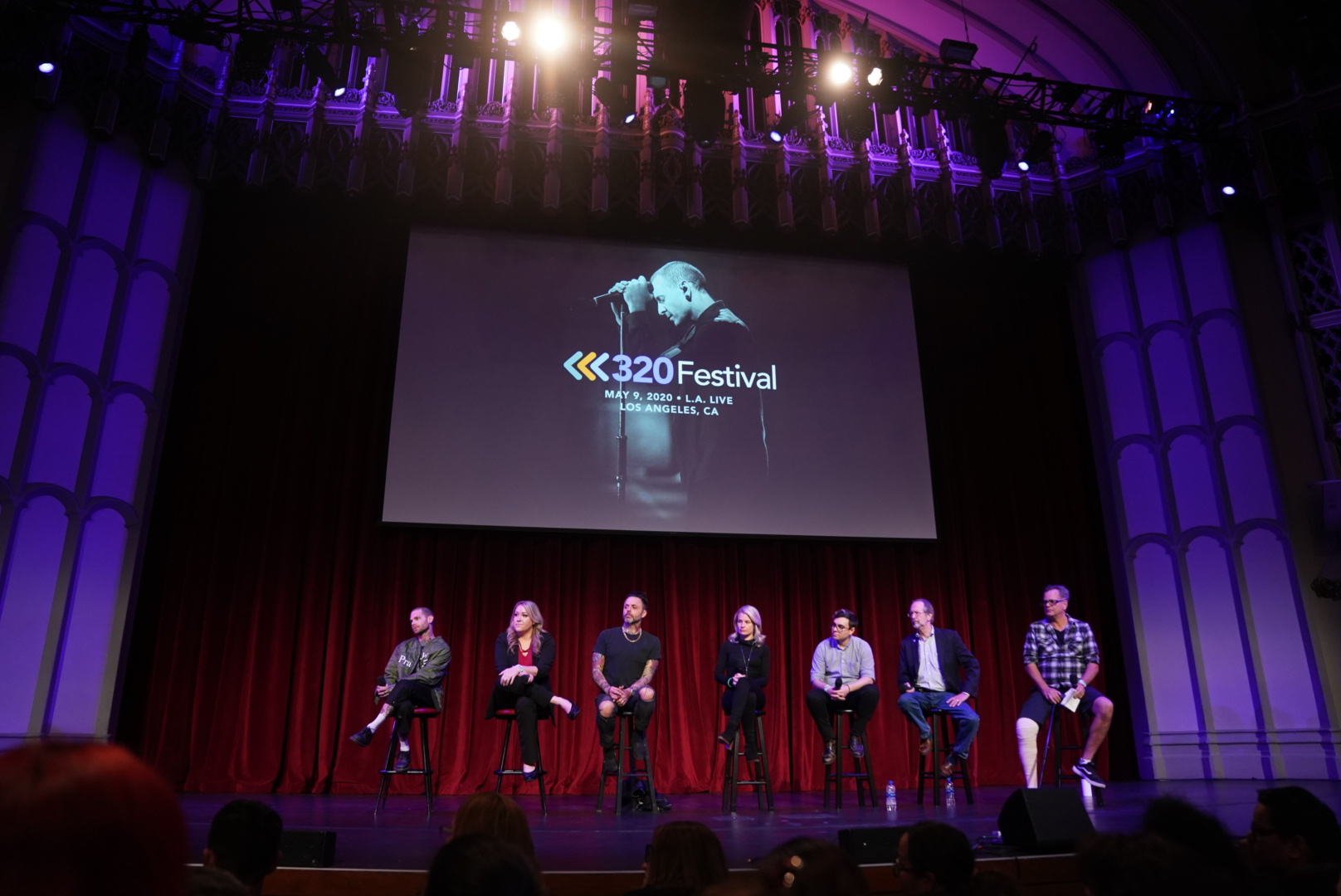 Shortly after the campus preview, the organizers had to pivot because of the COVID-19 outbreak and “shelter in place” orders. It was announced April 14 that the event would move online.

“The 320 Festival was important in the best of times, and during times like this the students and my team felt that taking as much of the event online as possible would be of utmost importance — not only to the overall community but to the morale of the students involved,” said Lyman.

The event, like many that Lyman has produced, incorporates the three driving forces in his life: music, philanthropy and education. Leaders from the mental health community will discuss breaking the stigma, high-profile musicians will perform, and all net proceeds will go to the festival’s nonprofit partners, which include Give an Hour, The Jed Foundation, Headcount, Hope for the Day, MusiCares, Rock to Recovery, TWLOHA, Backline, Tour Support, and Songs That Saved My Life.

The virtual festival will include educational sessions, musical performances, workshops and more. More than 40 nonprofits and 60 speakers from around the world have been confirmed.

The educational sessions will feature discussions exploring the current climate of mental health and introducing tools to spark change. Topics include: The Psyche of Sports, Social Media: The Age of Anxiety, Prevention Resources: Learn the Five Signs and How to Help, Music’s Effects on Mental Health and Addiction, Mental Health in the Workplace, Coping and Thriving After Trauma, Criminalizing Mental Illness: America’s Shame.

The Inspiration for the Festival

Last spring, Lyman was close to finishing up his second semester of classes when Talinda Bennington, widow of Linkin Park’s Chester Bennington, approached him with the idea for a tour spotlighting mental health awareness. Chester Bennington, who had suffered with addiction and depression, died by suicide at the age of 41 in 2017. 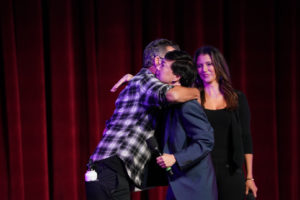 Kevin Lyman and Talinda Bennington are greeted on stage by host Ken Jeong at March’s launch event, where they introduced the festival and the shared cause that inspired it. (Photo: Ling Luo/USC)

Lyman revolutionized music tours with the Vans Warped Tour, which he started in 1995. But he also understood the importance of mental health awareness. “I’ve been on the board of MusiCares for 10 years,” Lyman said of the National Academy of Recording Arts and Sciences nonprofit that provides health, financial and rehabilitation resources to people in the music industry. “I’ve worked with a lot of artists, crew members, and industry professionals who have struggled, and I talk a lot in my classes about the importance of taking care of yourself. So I told Talinda, ‘Let me think.’”

It didn’t take long for Lyman to realize that saying yes to this event was inevitable. “I talked to my friends at L.A. Live, AEG and Goldenvoice and told them this could be a great signature event,” he said. “In the meantime, I put on my new professor hat and realized this would be a great learning experience for our students.”

Now, almost two semesters in, that has proven to be true. “The students couldn’t be having a more real-time experience in college, and that’s especially important for Thornton and Music Industry program students,” Lyman said. “Watching them develop as individuals has been amazing and inspiring, and they are going to go out in the world and be ready.”

Pouring Their Hearts Into It

USC Thornton juniors and seniors in MUIN496: Music Media Solutions, and professor alike, can attest: the experience has been both challenging and rewarding.

“The most difficult part has been getting people to pay attention and take us seriously, especially in the beginning,” said Tayler Larsen ’20, a senior Music Industry major. 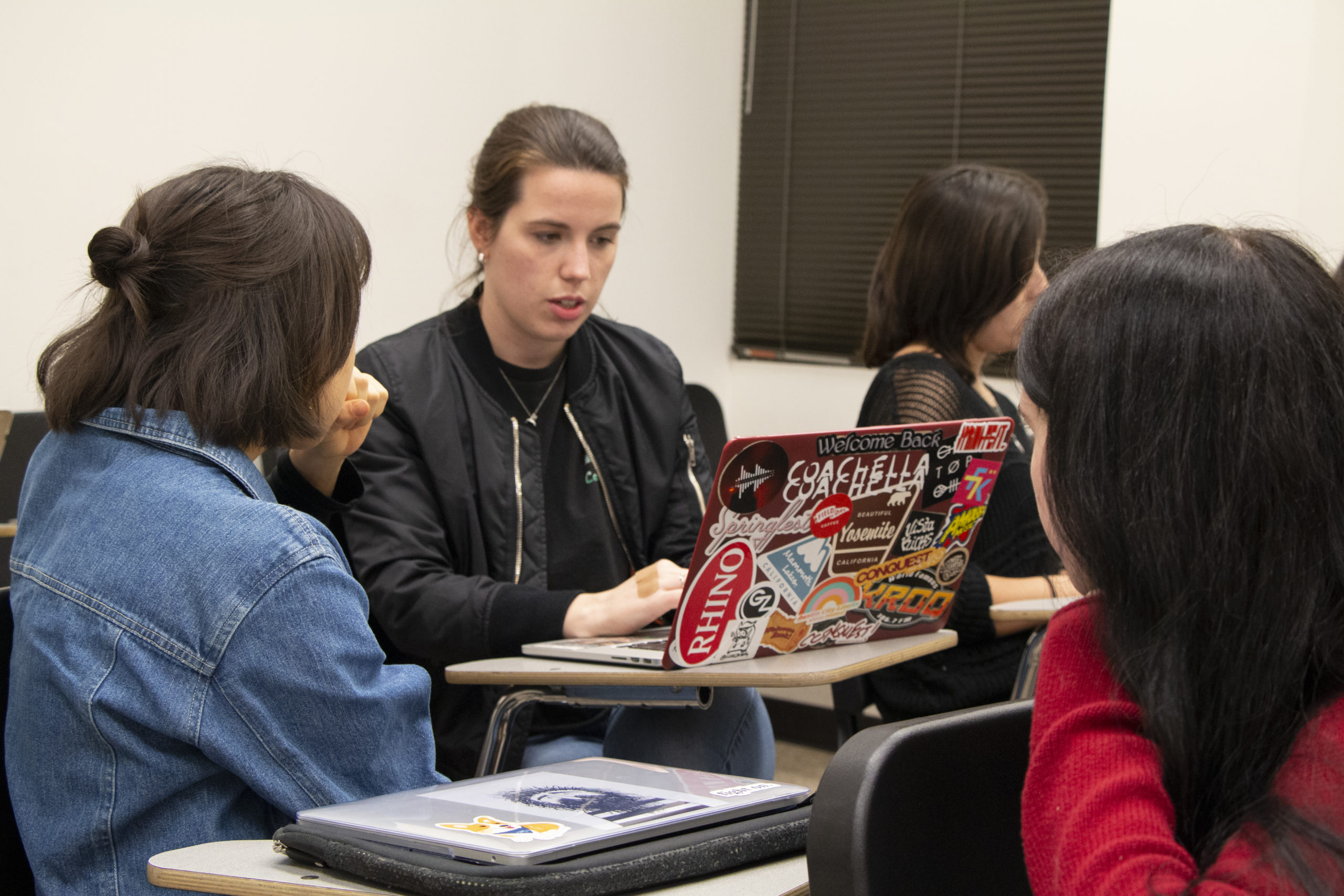 Lyman was also feeling the frustration early last semester. “In the beginning, we were getting nowhere. We talked to a hundred agents, a hundred managers, and nothing was happening,” he said. “This is in real time; they’re learning what I went through for 25 years producing the Warped Tour and more than 30 years producing events. Even for someone with my experience and background, it’s not easy.”

Lyman said they all learned the importance of perseverance. “We kept plugging forward. Now it’s turning into an amazing event.”

Students got together for the class last May and during the summer, before it officially started in August. They needed to roll over their work to a second class in the spring semester. Working with Lyman, Bennington, Kat Cody, and Kate Truscott, students handled all aspects of event production, including marketing, logistics, production, ticketing, sponsorship, community relations and outreach. 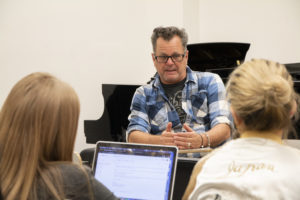 “These skills are great to have anywhere you go in the music industry,” Lyman said.

Larsen and Kailyn Hooten ’20, a senior Business Administration major and Music Industry minor, both plan to use those skills in their future careers in live music production.

When the call went out last spring for students interested in the class to submit a mission statement explaining why they wanted to be involved in planning and developing the 320 Festival, Lyman was looking to fill 14 seats. He got passionate responses from 20 students and took them all.

“I honestly just poured my heart out into it,” Larsen said of her statement.

Hooten said, “My grandfather died by suicide years ago, so with every step in this process, I find myself asking how we can produce an event that maybe could have changed the trajectory of his life.”

Hooten and Larsen had worked together on promoting and producing another benefit show in Music Industry Program Chair Mike Garcia’s Live Music Production and Promotion class. They produced a Mental Health Benefit Concert donating to Hope for the Day, a suicide and mental health awareness organization that will be participating in the 320 Festival.

Larsen agreed the experience has been inspiring. “Working with Kevin Lyman has been amazing. Not only is he a respected, successful industry veteran, he’s an all-around good person. He genuinely cares about the cause and really wants to see us succeed in all areas,” she said. “And Talinda has been an absolute dream. Her dedication to mental health awareness and breaking the stigma surrounding it is admirable, and I really appreciate how involved she is in helping us make this festival a reality.”

“We’re just trying to create an event we’re proud of for a cause we’re passionate about,” Larsen added.

Like his students, Lyman has a personal interest in promoting mental health awareness. “We lost a whole generation of artists,” he said, “and a lot of those artists were ones I worked with” — artists like Chris Cornell of Sound Garden, Layne Staley of Alice in Chains and Scott Weiland of Stone Temple Pilots.

“I sat in parking lots while on tour with Brad Nowell of Sublime two months before he died, and we discussed how we were going to raise our children,” Lyman said. “Now I’m lucky to have two children who are 20 and 24 — one’s a junior at USC. I’m lucky to see my children grow, and he didn’t.”