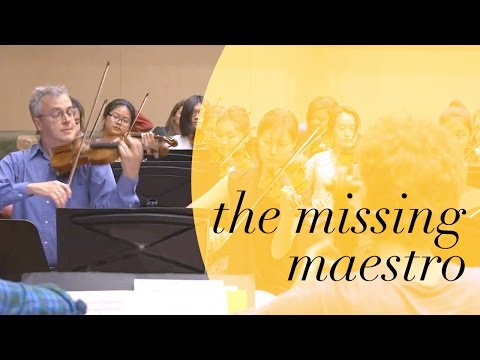 Ask any classical music fan what makes an extraordinary orchestra and they’ll tell you that it’s an extraordinary conductor. And yet, for the past three years, the USC Thornton Orchestras program has led an innovative educational initiative in collaborative – and conductorless – musicianship.

In this video, we hear from Martin Chalifour, concertmaster of the Los Angeles Philharmonic and a member of the USC Thornton Strings faculty, as he prepares to lead the Thornton Chamber Orchestra in a performance of Tchaikovsky’s Serenade for Strings in C major – from the concertmaster’s chair.

This ongoing exploration of collaborative musicianship is led by Carl St.Clair, artistic director of the USC Thornton Orchestras program, and it is a testament to his vision for the program that he has stepped off the podium to allow students to experience performing without a conductor. It has been such a success, in fact, that several USC Thornton students were inspired to take the idea to the next level with the formation of a leaderless ensemble called the Kaleidoscope Chamber Orchestra last year.

In the second half of the video, we join two of Kaleidoscope’s founding members, clarinetist and current USC Thornton Arts Leadership student Benjamin Mitchell and alumnus Michael Kaufman (DMA ’14, MM ’12, cello), on the eve of their conductorless performance of Mahler’s Symphony No. 4.