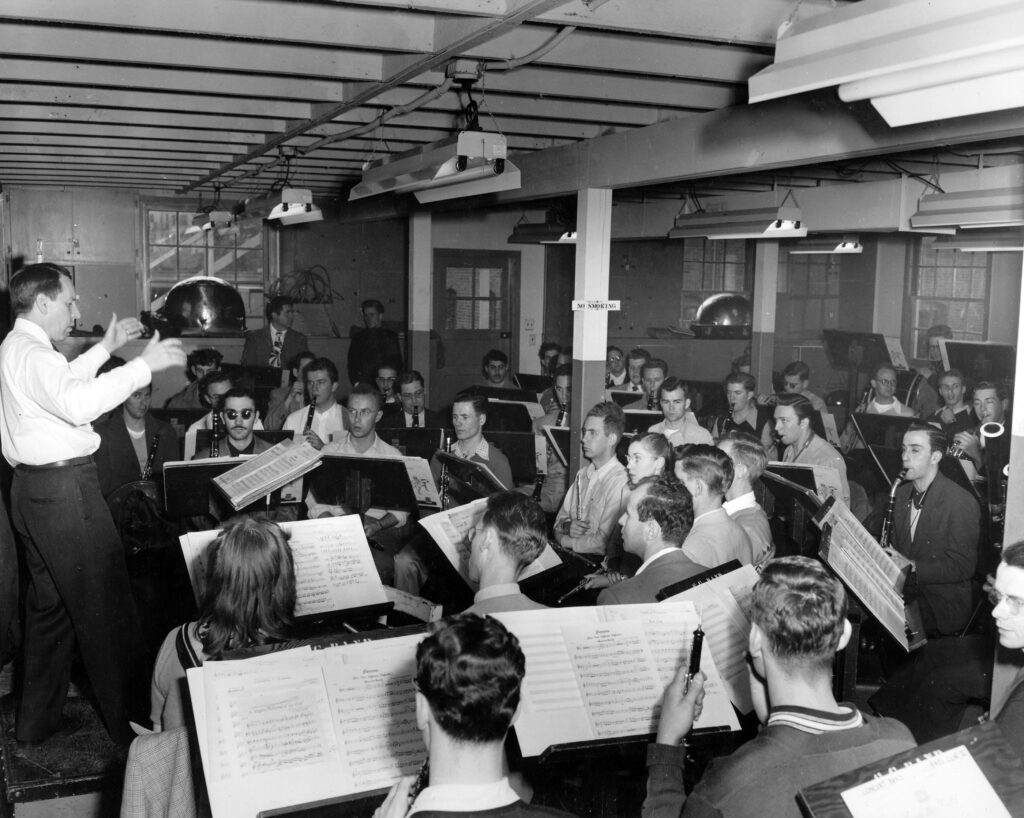 The University of Southern California Concert Band, shown here in 1949, was led by Clarence Sawhill beginning in 1947, when Sawhill was named Director of Bands at USC. He remained at USC until 1952, when he moved across town to serve as Directors of Bands at the University of California, Los Angeles.