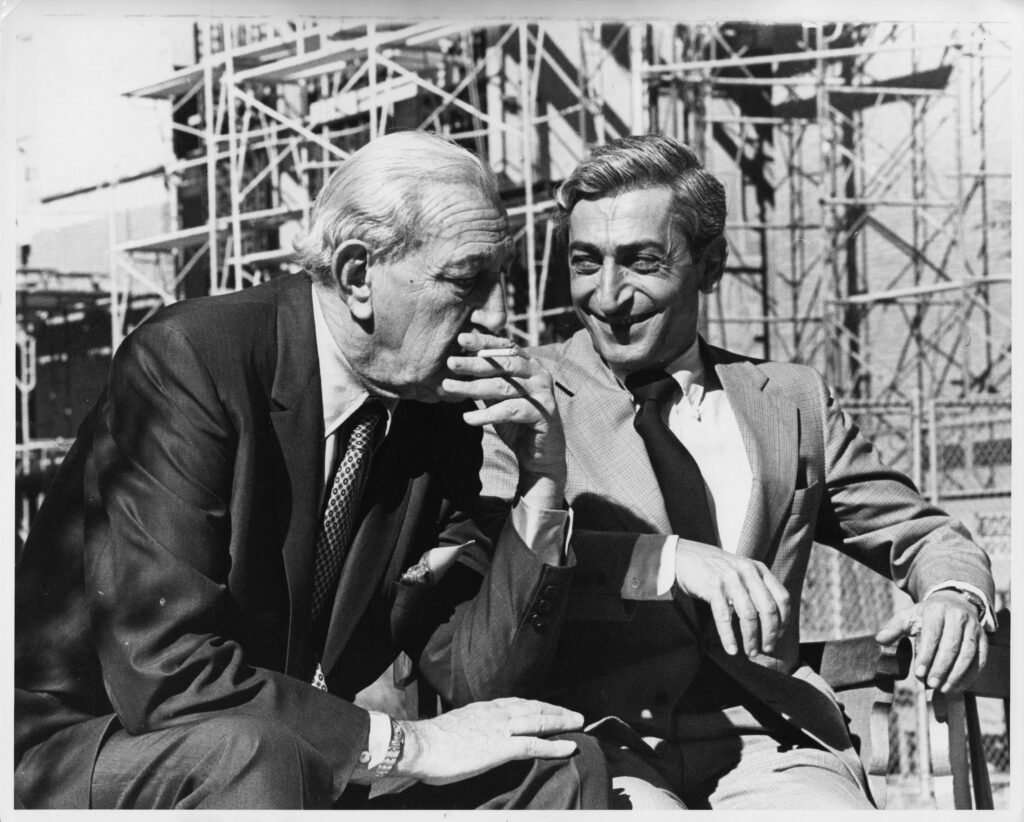 Cellist Gregor Piatigorsky (L) and Grant Belgarian (R), dean of the USC School of Performing Arts, socialize in front of the construction site of the Ramo Hall of Music – November, 1974

Two longtime collaborators of Piatigorsky were also attracted to the school – violinist Jascha Heifetz, whom The New York Times called “perhaps the greatest violinist of all time,” and violist William Primrose. In the late 1940s, the three comprised what was often referred to as the “Million Dollar Trio,” and spent time performing at festivals and recording together.

Piatigorsky enjoyed a fruitful relationship while teaching at USC Thornton, and performed across Los Angeles throughout the 1960s and 1970s. He taught at Thornton until his death in 1976.

In 2012, faculty Ralph Kirshbaum, the Gregor Piatigorsky Chair in Violoncello at USC Thornton, led the inaugural Piatigorsky International Cello Festival, presented by the USC Thornton School of Music and the LA Phil in partnership with The Colburn School and the Los Angeles Chamber Orchestra.  The event, which brought together masters of the cello and young cellists from around the world for a unique celebration of the cello, its music, and its musicians, recevied international acclaim.