Tim Kobza is a Los Angeles-based guitarist, recording artist and music producer who divides his time between composing, producing, performing and teaching. His style ranges from rock, jazz, blues and R&B to electronic sound design. His music can be heard on TV, film and popular records ranging in style from hip hop to jazz.

Originally hailing from Omaha, Nebraska, Kobza established himself as a top-tier guitarist while obtaining his undergraduate degree from the prestigious music program at North Texas State University. His decorated career as a performer has taken him around the world and he has shared the stage with artists such as C.J. Emmons of ABC’s Dancing with the Stars, Deborah Gibson, Modereko, James Torme, Sara Bareilles, Jon B. and the Metropolitan Master Chorale.

Teaching has always been a passion for Kobza. After obtaining his Master’s degree in Studio/Jazz Guitar Performance from USC, he prioritized helping artists and performers realize their musical and artistic potential by imparting his unique skills onto others; skills he developed over many years of experience working in the music and entertainment industry.

As a mentor, Kobza’s ability to hone the raw talent of his students in a productive, decisive and compassionate way has consistently put his students in a position for success in the industry. Former students of Kobza’s are now writing songs that are charting, securing publishing & production deals, and performing with artists like Vampire Weekend, Katy Perry, John Legend, Troye Sivan, and King Princess, and have even gone on to be appointed by the United States Department of State to represent the country as cultural ambassadors.

A well-rounded approach to what it takes to be a working musician has been a key to Kobza’s accomplished career. He has an active performance schedule in the LA area and over 900 titles to his name as a composer in ASCAP’s catalog. Additionally, he has over 25 TV and Film credits, including The Oprah Winfrey Show, Desperate Housewives, The Office, Parenthood, Taken, among others. 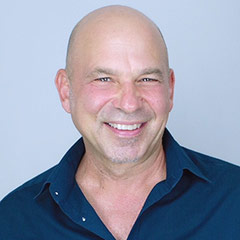 Tim Kobza is an L.A.-based guitarist and recording artist who divides his time between composing, producing, performing, and teaching.