Todd Brabec, former Executive Vice President and Director of Worldwide Membership for ASCAP (the American Society of Composers, Authors and Publishers), is the co-author (with his brother Jeff, Vice President of Business Affairs for Chrysalis Music Group) of the best selling music business book Music Money and Success: the Insiders Guide to Making Money in the Music Business (7th edition/Schirmer TradeBooks/559 pages).

He is an Entertainment Law attorney, a music licensing, royalty and business management consultant, an Adjunct Professor at the USC Thornton School of Music where he teaches the course on music publishing, music licensing and film, television and videogame scoring and song contracts, a guest lecturer teaching the music publishing/licensing course for Berklee College of Music and is a Governing Committee Member as well as former Music and Budget Chair of the American Bar Association’s Forum on the Entertainment and Sports Industries.

During his long career at ASCAP, he was responsible for all Membership operations, policies, personnel, offices, songwriter, composer and music publisher signings and dealings, advances, loans and other financial transactions, foreign society dealings and competitive systems and payments analysis and implementation resulting in ASCAP’s annual income increasing from 60 million dollars to 995 million dollars, a market share increase from a 20% share to market share dominance in radio, television (both broadcast and cable) and top-grossing feature films . He was also responsible for significantly changing ASCAP’s Distribution/Payment systems and was able to eliminate most provisions, policies and payment formulas which were not in the best interests of songwriters, composers and music publishers.

He has over 400 articles published and lectures extensively on all aspects of the business, legal and money side of music at colleges and universities, state and national bar associations, conventions, conferences, seminars, law firms, management firms, songwriter associations, business and law schools, ad agencies, technology companies and performing right organizations both in the U.S. as well as in foreign countries. 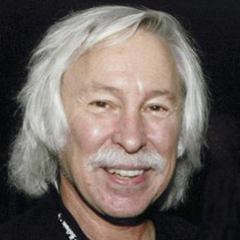