Tram Sparks is Associate Professor of Practice at the USC Thornton School of Music. Prior to her work in Los Angeles, Sparks was Associate Professor and Associate Director of Choral Activities at Temple University Boyer College of Music & Dance, where she taught from 1999-2009. Dr. Sparks taught graduate and undergraduate courses in choral literature, conducting, and aural theory, and conducted the Concert Choir, University Chorale, Women’s Chorus and University Singers over the course of her ten years at Temple University. In addition to her appointment at Temple, she has served as Visiting Assistant Professor of Music at Dordt University (Sioux Center, Iowa) and Director of the Choral Program at St. Joseph’s University (Philadelphia, Pennsylvania).

A native of Vietnam and a child refugee of the Vietnam War, Sparks’s earliest musical training was in Okinawa, Japan and subsequently, at the San Francisco Conservatory of Music Pre-College Division where her studies included lessons in piano, solfege, eurythmics, and choral music (children’s choir). Sparks earned the Bachelor of Music in Piano Performance and the Master of Music in Choral Conducting from Temple University. Her piano training, with the late Harvey Wedeen and David L. Stone, follows in the pedagogical lineages of Adele Marcus, Isabelle Vengerova, and Josef Lhevinne.

Sparks holds a Doctor of Musical Arts in Choral Conducting from Yale University. At Yale School of Music and working with conducting mentor Marguerite Brooks, she completed the interdisciplinary certificate program in Music, Worship and the Arts at the Yale Institute of Sacred Music. She has served as music director at churches and synagogues in Philadelphia and Los Angeles, appears as guest conductor and choral clinician, and serves on the Board of Directors of Tonality. Sparks’s research centers on two areas and the subtle interplay between them – conducting technique rooted in modern dance theory and movement analysis (specifically, Graham Technique and Laban ‘Effort-Shape’), and a contextual understanding of cheironomy and its forms and functions in contemporaneous early communities of worship. 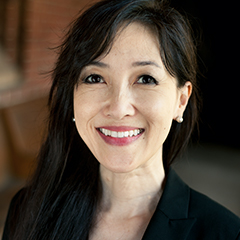