American conductor Troy Quinn is quickly establishing himself as one of his generation’s most versatile young artists. Lauded for his energetic and riveting yet sensitive conducting, Quinn is in his sixth season as music director of the Owensboro Symphony Orchestra in Kentucky. He is also the music director of the Venice Symphony in Florida, where he conducts both the classical and pops concert series. Quinn’s engagements have included performances with many prestigious orchestras in the United States, including the Los Angeles Chamber Orchestra, Rochester Philharmonic Orchestra, Chamber Orchestra of Philadelphia and the Rhode Island Philharmonic, where he serves as the summer pops conductor. He is also the former music director of the Juneau Symphony.

Since making his conducting debut with the Rochester Philharmonic Orchestra in their young conductor preview, Quinn has been the recipient of numerous accolades, including awards from the Presser Foundation, Rislov Foundation, Anna Sosenko Assist Trust and a Rhode Island Foundation grant for his contributions to the musical landscape in New England. Equally at home in the pops and commercial world, Quinn has performed and recorded with some of the most popular artists of our time, including The Rolling Stones, Barry Manilow, Lee Greenwood, Josh Groban, Jennifer Hudson, Rockapella, Michael Feinstein, and Linda Eder. As an accomplished vocalist, Quinn has also collaborated with such prominent maestros as Helmuth Rilling, Carl St.Clair and Dan Saunders of the Metropolitan Opera. In addition to his concert work, Quinn has worked extensively in the television and recording industry, having made appearances on such hit TV shows as Fox’s GLEE, NBC’s The Voice and The Tonight Show with Jay Leno while recording on films like The Call of the Wild and Indiana Jones and the Kingdom of the Crystal Skull. He has also appeared at many of the world’s major music centers and at such famed venues as the Hollywood Bowl and Walt Disney Concert Hall.

A native of Connecticut, Quinn pursued a bachelor of arts degree from Providence College where he was the recipient of the Leo S. Cannon Award for superior achievement in the music field. He went on to earn his master’s degree with honors from the Manhattan School of Music, studying conducting with David Gilbert and voice with highly acclaimed Metropolitan Opera singer Mark Oswald. He completed his doctorate in conducting at the USC Thornton School of Music, where he studied with Larry Livingston and Jo-Michael Scheibe and was awarded the outstanding doctoral graduate of his class. Quinn has participated in numerous masterclasses as a conducting fellow, attending conducting institutes at the Royal Academy of Music, Eastman School of Music and Bard Conservatory of Music. He has been mentored by such renowned conductors as Benjamin Zander, Neil Varon and Leon Botstein. Quinn serves on the conducting faculty at the USC Thornton School of Music and has previously served as a faculty member at Providence College. 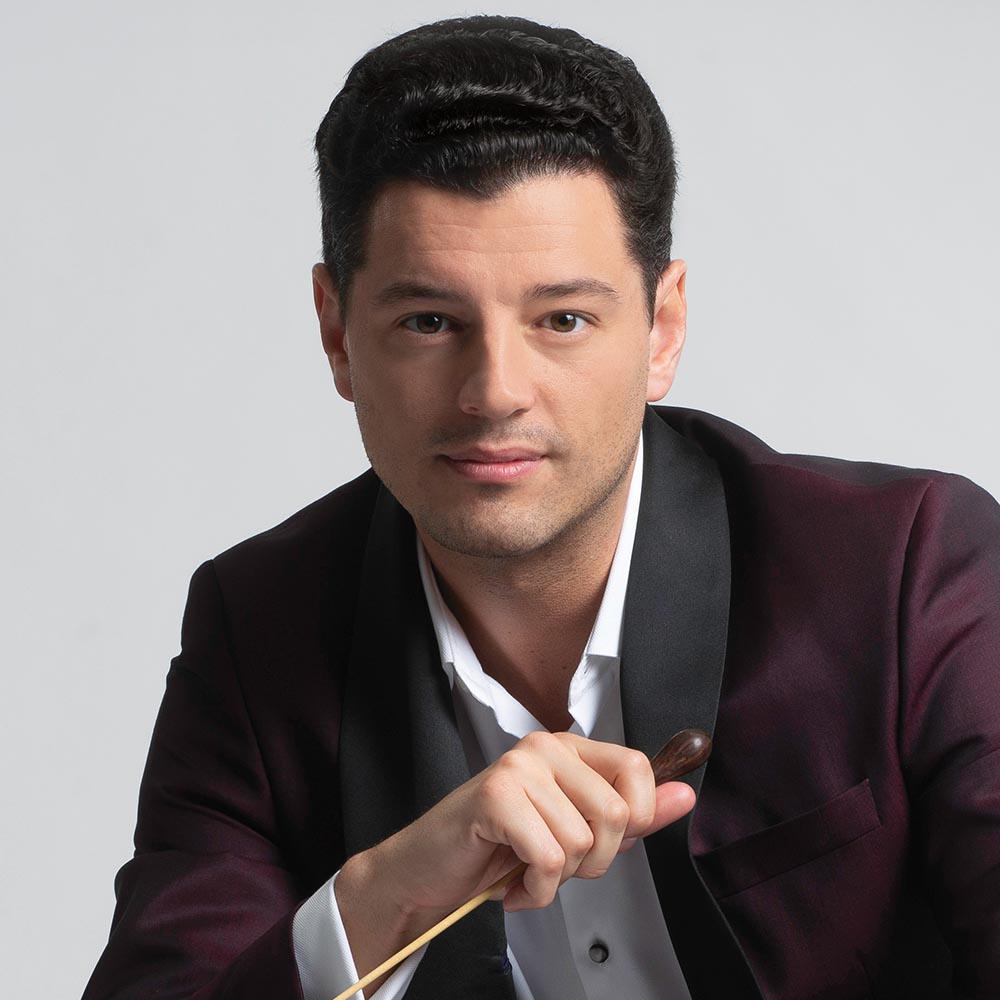