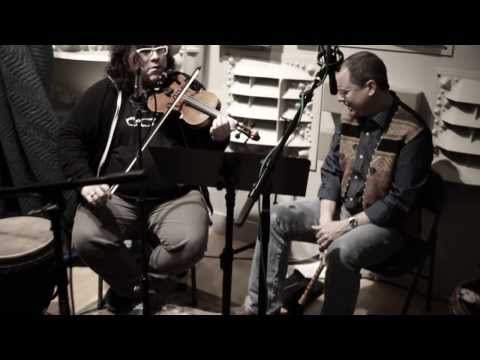 USC Thornton alumnus and composer Bear McCreary is well-known by television buffs for the haunting, intricate scores he created for hit shows such as The Walking Dead, Battlestar Galactica and Da Vinci’s Demons.

When McCreary was tasked with composing the score for Starz’s Black Sails, a Michael Bay produced prequel to Robert Louis Stevenson’s novel Treasure Island, he knew his compositions should accurately reflect the music of the show’s 17th century setting. Drawing upon his connection to USC Thornton, McCreary decided to reach out to Adam Knight-Gilbert, director of the school’s Early Music Program and an expert in historical performance practice. Gilbert had previously served as a consultant to McCreary during the early scoring stages for Da Vinci’s Demons.

“Adam Gilbert is a character,” said McCreary. “We spoke on the phone when I was working on Da Vinci’s Demons, but I’d actually never been in a room with him. So, I hadn’t quite experienced his endless enthusiasm and knowledge. He really helped shape us into a band that could convincingly sound like it was an early music ensemble.”

Gilbert visited early recording sessions for Black Sails, providing guidance to the musicians McCreary assembled for the project, as well as giving historical context to the music typical of the show’s time period. Gilbert also sat in as a performer with the group, playing the recorder and providing vocals.

“It was a fun way for Adam and I to begin our relationship,” McCreary explained. “He could bring me all this knowledge about the time period, and then I could start breaking the rules. Together we kinda found a sound that was fun, that felt new and felt old at the same time. Most importantly, it gave all the musicians a chance to feel like they were playing together.”

To see McCreary and Gilbert in action, watch the video above.

"Adam really helped shape us into a band that could convincingly sound like it was an early music ensemble."