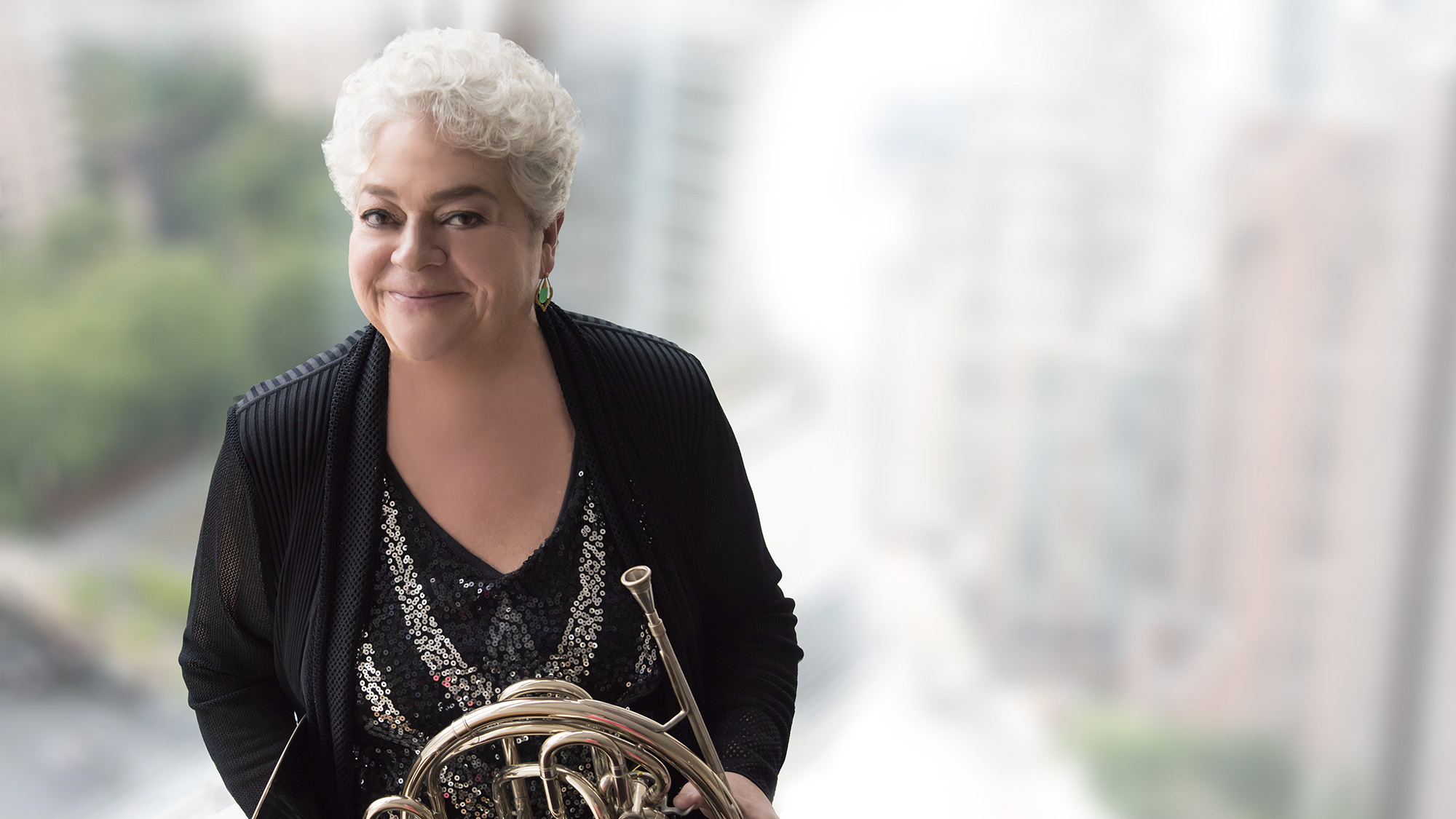 The USC Thornton School of Music is delighted to announce that renowned French horn performer and teacher Julie Landsman is joining its faculty.

Julie Landsman, who was the principal horn with the Metropolitan Opera Orchestra for 25 years, will join the faculty of the USC Thornton School of Music beginning this fall. For the next two years, she will be bi-coastal, alternating her teaching duties at USC with the Juilliard School, her alma mater and where she has taught for three decades.

“We are thrilled to welcome Julie Landsman to the Thornton faculty,” said Robert Cutietta, Dean of the USC Thornton School of Music. “She is a wonderful addition to our Winds & Percussion department, and we are excited for the students to be able to work with such a renowned artist and teacher.”

Landsman will greatly miss her long-standing relationship with Juilliard, however this lifetime New Yorker has been wanting to move to the West Coast after her first visit to idyllic Santa Barbara a decade ago. For the past eight years, she’s been teaching and performing in the summers at the Music Academy of the West in Santa Barbara, and last summer, bought a house there.

She also has numerous family ties in Southern California: three nephews, three great nieces, a sister and brother-in- law. “I’ve been itching for this other adventure in SoCal, so here we go,” she said. 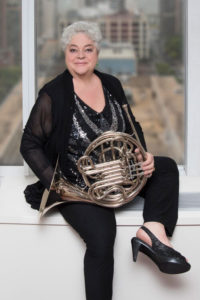 Part of her attraction to USC Thornton, she said, is its history with the legendary Conn 8D, the brand of French horn Landsman plays. “Thornton has had some very famous horn players – Vince DeRosa and James Decker – big, big Los Angeles studio players from the olden days,” Landsman said. “And they were all Conn 8D players with the kind of sound that I play with. Kristy (Morrell) comes from that schooling, thank goodness. It’s a real old school tradition of sound that I have not changed.”

Landsman is the foremost practitioner of the Carmine Caruso Method, a very specific series of exercises for brass players taught to her by Caruso, an extraordinary teacher who died in 1987. (“The Mr. Rogers of teachers,” she has described him – “so healing, with a beautiful open and warm heart.”) A series of 12 Carmine Caruso Method videos she created is on YouTube and has burnished Landsman’s teaching reputation, bringing her new far-flung fans.

“I get correspondences from the videos from all over the world, at random moments, with interesting questions,” said Landsman. The latest one was from a woman in India who used to play trumpet and started playing it again, teaching herself from the Caruso Method videos. “And then we became Facebook friends so I got to see a video that she and her boyfriend made with her playing the trumpet.”

Articles about Landsman routinely include the fact that she is beloved as a teacher. She describes herself in a past interview as “very tough” and “very demanding. But am I mean? No. I try to model as a great player, I try to model as a good colleague and as a kind person.”

Her former students hold positions in major orchestras and symphonies around the country, including the Metropolitan Opera Orchestra, Philadelphia Orchestra, Los Angeles Philharmonic, Washington National Opera Orchestra and many others.

Landsman was 30 years old when she won a blind (behind a screen) series of auditions to become the Met’s principal horn player, which involved leading a section made up of older male hornists with long tenures at the Met. Her audition experience was documented in Malcolm Gladwell’s influential book, Blink. (She talks about that and other aspects of her career in a lively interview in the video series Bone2Pick.)

She has recorded for the RCA, Deutsche Gramophone, CRI, Nonesuch and Vanguard labels, and is most famous for her performance of Wagner’s “Ring” cycle as solo horn with the Met Opera. She has performed as a chamber musician at many festivals and concert series across the country, and at the Metropolitan Museum of Art, where she appeared as a guest artist with the Guarneri Quartet.

Landsman has taught master classes at leading conservatories and university music schools, including one at USC Thornton five years ago. A longtime member of the Orpheus Chamber Orchestra in New York City, she has performed and recorded with the New York Philharmonic, and has performed with groups nationwide, including the Houston Symphony, St. Paul Chamber Orchestra, The Philadelphia Orchestra and Los Angeles Chamber Orchestra. She has played with the latter occasionally for the past several years, and hopes to continue the relationship when she moves to California. “It’s a matter of can they use me and how does the schedule work with the rest of my life,” she said.

One thing Landsman is not planning on doing in Los Angeles is any studio work. “It doesn’t call to me. It didn’t call to me in New York, either.”

A dedicated swimmer, Landsman is looking forward to being able to swim outside “every single day.” She was thrilled to learn that USC’s Uytengsu Aquatics Center is very close to the USC Thornton complex.

She also is looking forward to becoming involved with the USC Dornsife Brain and Creativity Institute where neuroscientists and others research connections between the mind and music. “This has been a great source of fascination and curiosity for me as a performer and a teacher,” she said. “I’m looking forward to have access to that at a university.”