A Fusion of Opera – and Flamenco 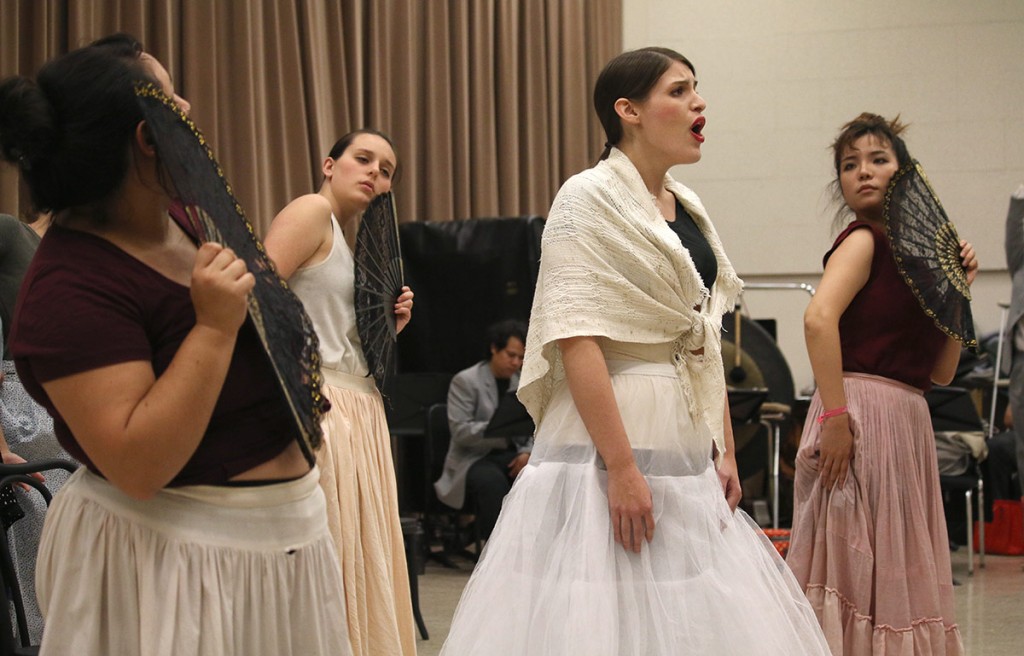 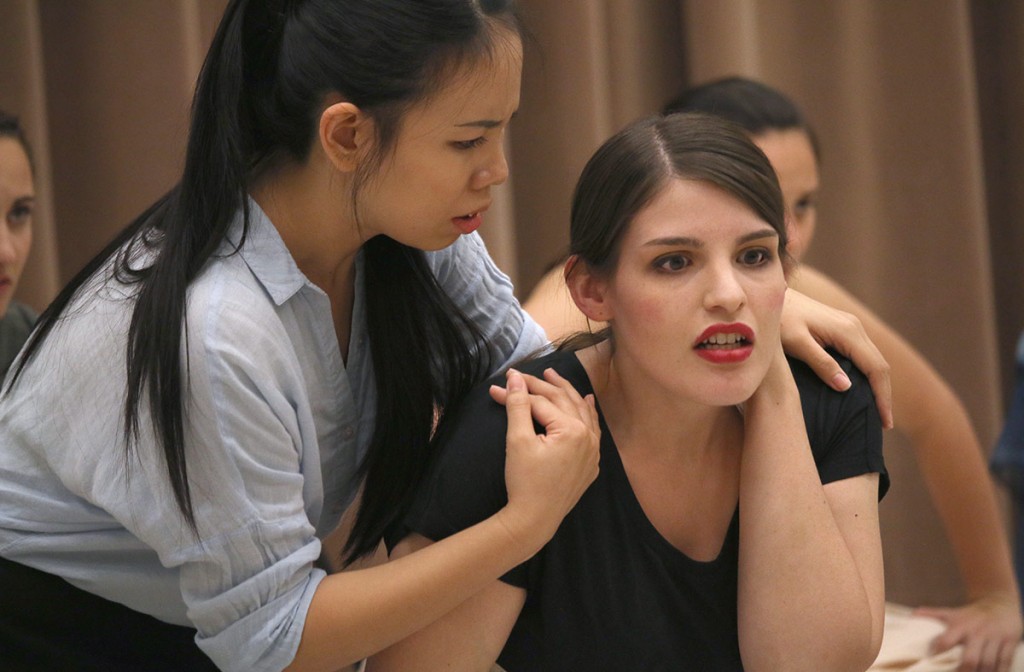 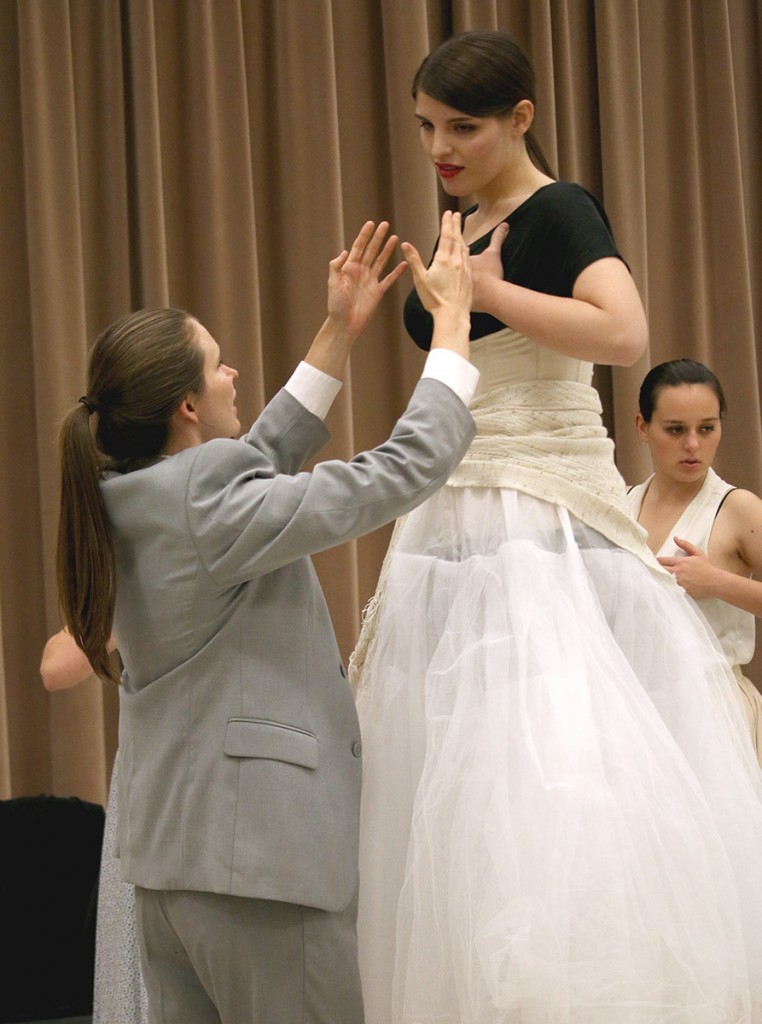 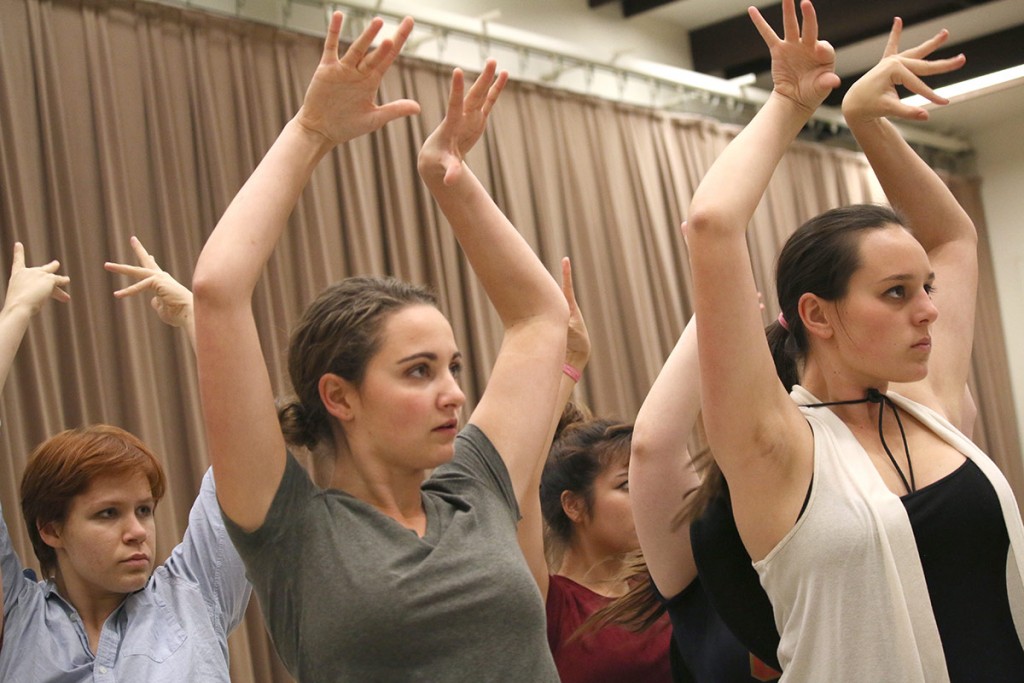 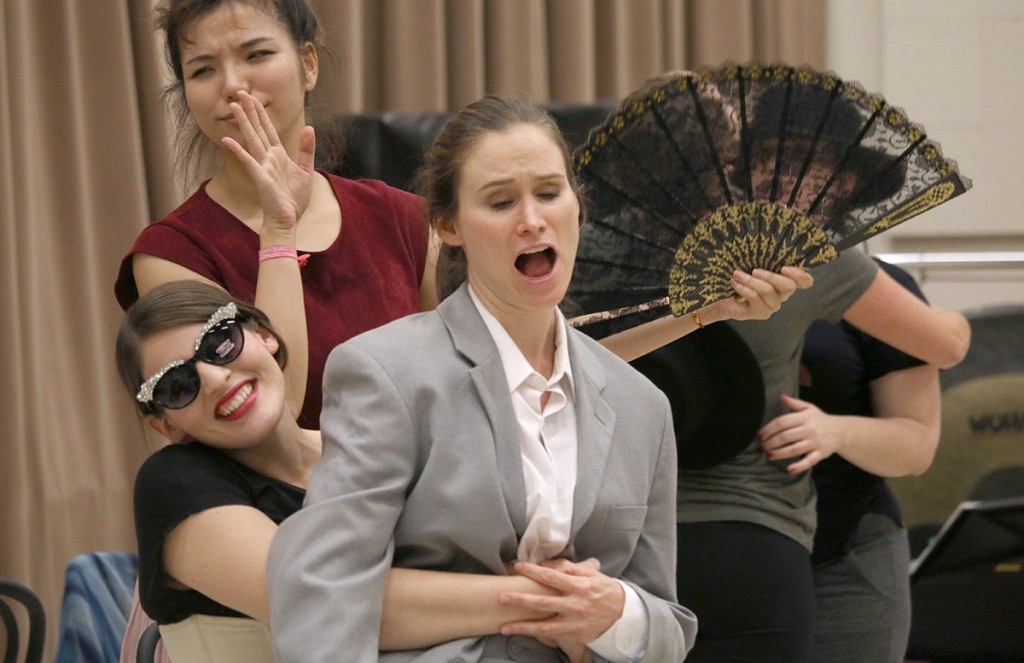 
In 1936, Federico García Lorca had just published a new collection of love sonnets when his life veered into tragedy. The famed poet and playwright was assassinated during the Spanish Civil War, and his remains were never found.

When Argentinian composer Osvaldo Golijov began writing his first opera, he returned to the untimely demise of the famed poet. Ainadamar (Arabic for “Fountain of Tears”) imagines the final hours of Lorca’s life through the eyes of his muse, the Catalan actress Margarita Xirgu. Beginning Wednesday, the USC Thornton Opera will bring the tale of passion and intrigue to the stage for three performances. 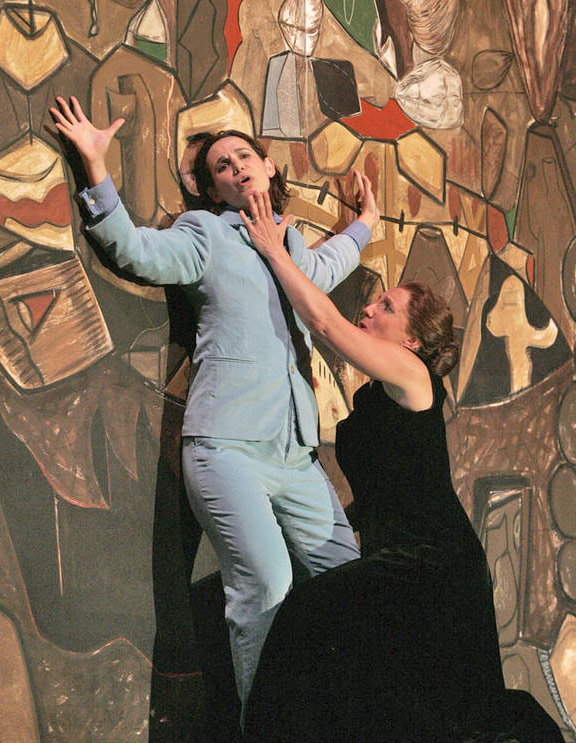 Perhaps the most unusual aspect of Ainadamar is the prominent role that flamenco guitar plays in the musical score. Flamenco guitarist and Thornton faculty member Adam del Monte, who was featured in the opera’s 2003 premiere and has performed the role more than 40 times, will join the USC Thornton Symphony in the orchestra pit for this production.

But music isn’t the only aspect of the opera inspired by flamenco traditions. Ainadamar calls for the singers to move and dance in an authentic Spanish style – and so the Opera program turned to Achinta McDaniel, faculty member at the USC Glorya Kaufman School of Dance, to choreograph their movements.

“The young artists have responded warmly to [McDaniel] and are learning invaluable tools about their movement potential, their cores, their grounding, and their singing in relationship to a more extreme form of movement,” said Ken Cazan. “We are all so excited to be collaborating with the Kaufman School and look forward to many more such positive experiences with them.” 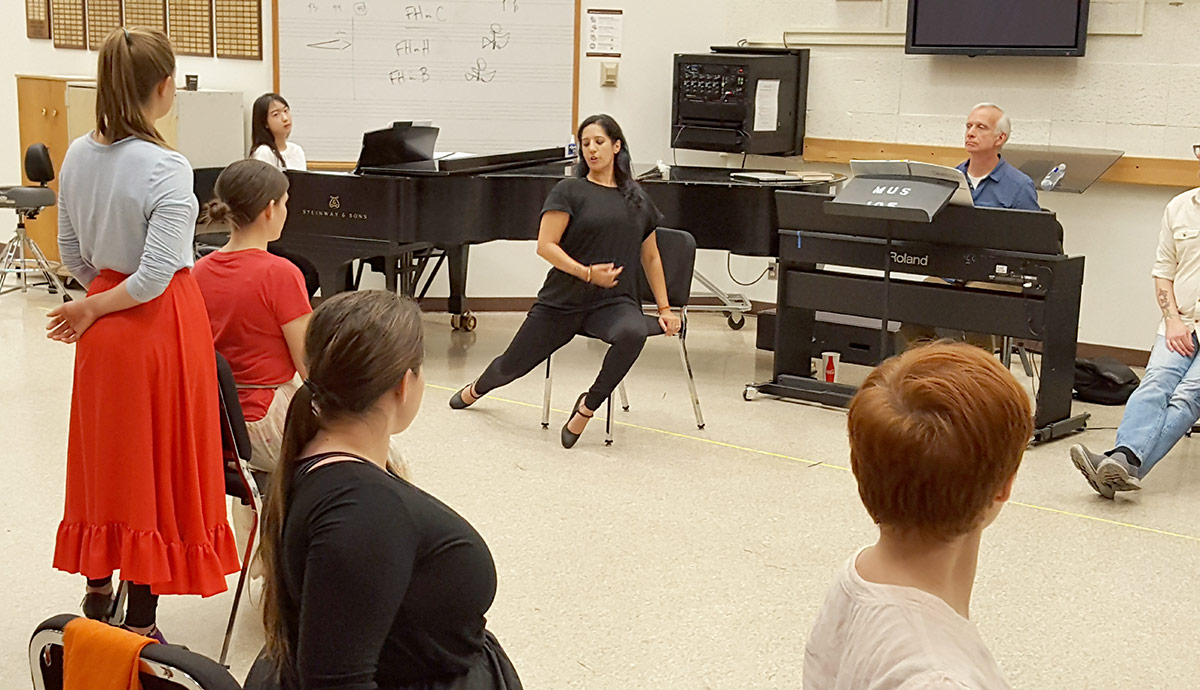 Although this is the first time Thornton has staged Ainadamar, the opera has long-standing ties to USC. Mezzo-soprano and alumna Kelley O’Connor (’02, vocal arts) originated the role of Lorca in the premiere production, while soprano Jessica Rivera (MM ’98, vocal arts) was featured as Nuria. Both performed on the 2006 recording that won GRAMMY Awards for Best Opera Recording and Best Classical Contemporary Composition.

“Ainadamar is a wonderful piece for students to perform because it forces them to step out of their comfort zone. You still get to make beautiful, lush, lyrical music, but you also have to make sounds that you wouldn’t normally hear in an opera,” said O’Connor. “It helped me grow so much as an artist. I’m thrilled that USC has taken on this adventure, and I know it will change the lives of these students forever.” 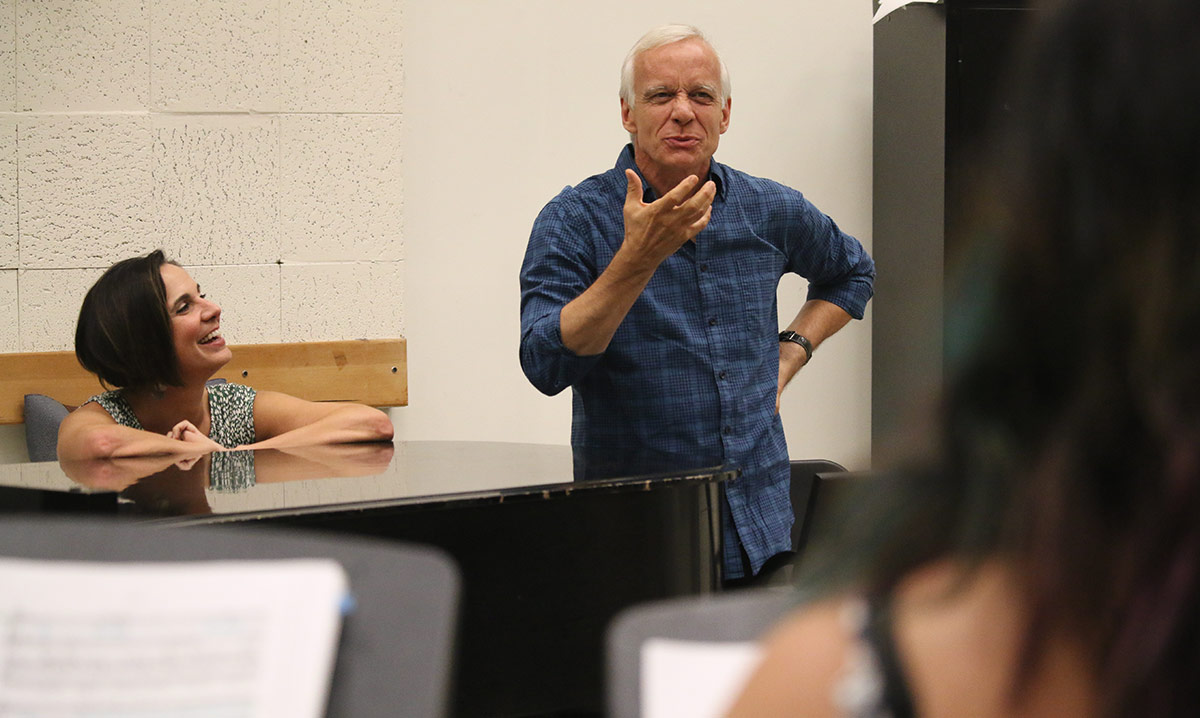 One of the surprising challenges of staging Ainadamar is the Spanish-language libretto by playwright David Henry Hwang. Opera is usually performed in French, Italian, or German and to help the singers work in an unfamiliar language, the directors brought soprano and diction coach Jennifer Ringo.

“Not only is Jennifer Ringo a premiere opera diction coach, she is a friend of the composer so she was able to ask him directly for guidance on how she should approach coaching our students,” said Music Director Brent McMunn.

Ainadamar will also require sophisticated sound design to balance traditional opera orchestration with flamenco acoustics. While the singer’s voices will be amplified for the production, the experience offers students a rare opportunity to practice their operatic “mic technique.”

In spite of these many artistic and logistical challenges, McMunn and Cazan are very eager to bring Ainadamar to the stage. “We’re always sensitive to picking repertoire that matches the capabilities of the students we have in the program,” said McMunn. “We’ve been talking about doing Ainadamar for 10 years. It was time. And now we have the students to do it.”