Since graduating from Thornton, Hawley has emerged as an in-demand live and recording guitarist for artists such as Jennifer Lopez, The Backstreet Boys, Natalie Cole, and Lil’ Wayne, among many others. He currently teaches at the Musician’s Institute, College of Contemporary Music in Hollywood, Chaffey College and Saddleback College.

Hawley will be touring with L.A. Collective and Dave Koz over the next two months. “Just the Beginning” is currently available for pre-order. 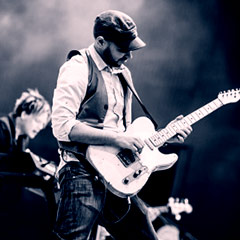