Sherriff’s music for the screen has been heard on Nickelodeon and Disney, and at the Toronto International Film Festival. 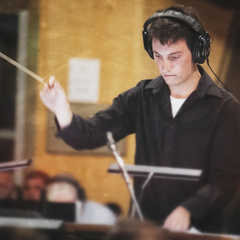