Jazz Studies alum Ambrose Akinmusire (MM ’07) was featured in an article for Grammy.com about jazz musicians pushing the genre into the future. The Grammy-nominated trumpeter is described as “A Pathfinder Through The Modern Avant-Garde” and is mentioned among four other pioneers in the field.

In the piece, Akinmusire discussed how he considers social context first before exploring new musical territory. “My mentors showed me records. They weren’t like, ‘Hey man, check out ‘Giant Steps’ because of this cool progression that moves in major thirds. It was more like, ‘He did this during a time of social unrest.’ It was the meaning behind stuff.” 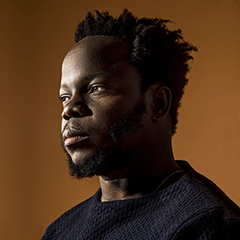