USC Thornton alumnus Ryan Lindveit (BM ’16) is one of six emerging composers whose works will be performed by the American Composers Orchestra (ACO) during the organization’s Underwood New Music Readings on June 21st and 22nd in New York City. Lindveit, who was USC’s Salutatorian and a Thornton Outstanding Graduate in 2016, will present his orchestral work, Like an Altar with 9,000 Robot Attendants, which was premiered by the USC Thornton Symphony in 2015. 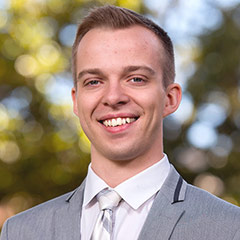