USC Thornton faculty and alum Aron Kallay (DMA ’09) received a glowing review in the Los Angeles Times for his premiere Piano Spheres recital on Tuesday, Dec. 16. The late Leonard Stein formed Piano Spheres in 1994 to showcase new music, and Kallay’s recital was the second in a satellite series this season at REDCAT devoted to young local pianists. “Most important, though, is that the four younger L.A. pianists (Richard Valitutto was the first last month) are the next generation in what has become an L.A. tradition,” wrote Mark Swed in a recital he called triumphant. 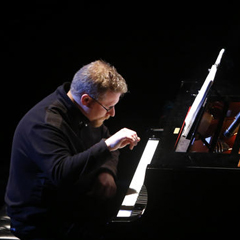